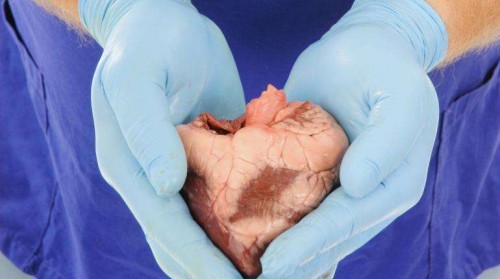 Muslims are being urged by hospitals in the West Midlands to consider donating their organs for patients waiting for transplants.

Muslims needing an organ donation, such as a new kidney or liver, wait on average a year longer than non-Muslims.

This is due to a lack of donors coming forward from a matching ethnic background.

As Ramadan begins, doctors are urging Muslims to consider allowing their organs to be used after their death.

There are just under three million Muslims in Britain, most of them from a South Asian background.

Migrants from India, Pakistan and Bangladesh have tended to settle in major towns and cities – including Birmingham, where more than 21% of the population is Muslim reports BBC.

While across Britain, Muslim patients wait on average a year longer than non-Muslims, the wait in Birmingham can be even longer.

According to consultant nephrologist Dr Adnan Sharif the wait here can take four or even five years.

The reason for the lack of suitable ethnic donors is uncertainty over whether Islam condemns or condones the practice of organ donation.

There is much confusion, in part because there is nothing in the Koran which can be referred to, and because scholars have differing opinions.

There are two types of organ donation: live donations, where one living person donates an organ to another, and donations from the bodies of the deceased to living recipients.

Dr Yasser Mustapha visits mosques to talk to worshippers about organ donation, and to try to encourage them to carry a special card which signifies the individual will donate their organs after death.