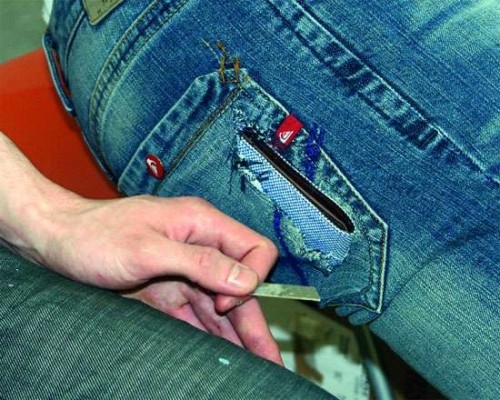 UK school children are being groomed and used to pickpocket, shoplift and beg as part of criminal operations, the anti-slavery commissioner has warned.

Home Office minister Karen Bradley said the government had “succeeded” in bringing modern slavery into the open and was “determined to eradicate it”.

Mr Hyland – an ex-Met Police detective who was appointed anti-slavery commissioner in November – said there were 151 convictions for slavery-related offences last year but this was “nowhere near good enough”.

Kevin Hyland said more needed to be done to stop youngsters being exploited by criminal enterprises.

He said “Oliver Twist scenarios” were happening in UK streets and cities.

Modern child slavery remained a “very lucrative” business, he added: “These are young children who should be at school,” he said. “We are in the 21st century and yet we have Oliver Twist scenarios happening in our streets and cities reports BBC.

“I think we all thought that was gone and in the past but actually it’s alive and kicking in London. It’s pure criminality and abuse of children.”

Mr Hyland said he had also found inconsistencies in how authorities around the country have approached the issue.

Earlier this year the Modern Slavery Act became law, increasing the maximum sentence for the worst offenders to life in prison.

In December, the Home Office said it estimated there were between 10,000 and 13,000 potential victims of slavery in the UK.

Those figures included women forced into prostitution, domestic staff and workers forced to work in fields, factories and on fishing boats.

But Mr Hyland said recorded figures were much lower.

Some cases were not being reported, he said, while others were being missed or were being incorrectly recorded.

“I see cases where I’m meeting victims and hear their cases have not been investigated properly. These are things that really need to change,” he added.

“What’s really worrying is the numbers of investigations aren’t sufficiently high. The reason why people are choosing this form of criminality is because there aren’t the resources tackling it,” he added.

He called on police forces to make sure tackling slavery was made “one of the highest priorities”.

“For too long, this was a hidden crime,” she said.

“Now, we have succeeded in bringing modern slavery out into the open, we are determined to eradicate it. There is no place for modern slavery in today’s society.”