The British government is to sell its majority stake in RBS, which was rescued during 2008 financial meltdown with £45.5bn of public money. 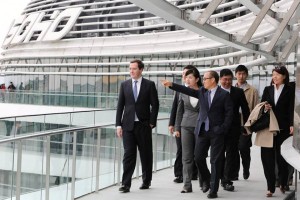 Chancellor George Osborne said sales of the taxpayers’ 79% stake in the bank will begin in the coming months, and may take “some years” because of the size of the holding.

“It’s the right thing to do for British businesses and taxpayers,” he said at his annual Mansion House speech to business leaders in London reports Sky News.

“Yes, we may get a lower price than Labour paid for it. But the longer we wait, the higher the price the whole economy will pay.

“And when you take the banks in total, we’re making sure taxpayers get back billions more than they were forced to put in.”

Mr Osborne said the “decision point” was reached after an independent review concluded that taxpayers’ losses would be more than offset by profits on other bank share sales – including the stake in bailed-out Lloyds.

He said Rothschild estimated that if the RBS shares were sold in one go the loss to the taxpayer would be around £7.2bn.

However, that compares with an estimated overall profit of more than £14bn if all the Government’s remaining bank shares were sold – as against a forecast loss of between £20bn and £50bn at the time of the bail-outs.

RBS has reported a succession of massive losses, totalling nearly £50bn since its rescue seven years ago.