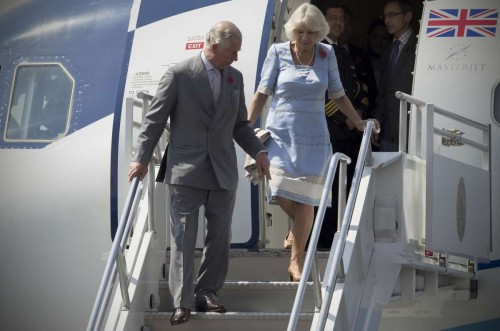 Prince Charles is all set to meet Sinn Féin president Gerry Adams at the start of a royal visit to Ireland.

Mr Adams will be among a number of politicians to greet the prince as he begins his four-day visit.

The meeting in Galway will be the first in the Republic of Ireland between the Sinn Féin leadership and a member of the British Royal Family reports BBC.

Party chairman Declan Kearney said it was to promote “reconciliation and healing”.

Mr Kearney said both Gerry Adams and Martin McGuinness would be meeting the prince.

Speaking to BBC “This was agreed to promote the process of resolving past injustices and promoting reconciliation and healing,” he said.

In 2012, Mr McGuinness met the Queen in Belfast in his role as Northern Ireland’s deputy first minister.

The handshake between Queen Elizabeth and the former IRA commander, at the Lyric Theatre in Belfast, was considered historic.

During his own trip Charles, joined by the Duchess of Cornwall, will visit the village of Mullaghmore in County Sligo – where his great-uncle, Earl Mountbatten, was killed by an IRA bomb in 1979.

Speaking when the visit was announced, Mr Adams said it would be “an opportunity to promote reconciliation and build on the good work done by Martin McGuinness and the English Queen”.

He said: “Prince Charles is the colonel-in-chief of the Parachute Regiment – a regiment of the British army that has been responsible for the killing of many Irish citizens including in Derry, Ballymurphy, Springhill and other communities across the north.

“But he also has been bereaved by the actions of republicans.

“Thankfully the conflict is over, but there remain unresolved injustices. These must be rectified and a healing process developed.