Liberal Democrat leader Nick Clegg is 4/7 with Betway to be the first major party figurehead to cease to be leader of their party. With just days to go until polling day, the Lib Dem MP for Sheffield Hallam has an almighty fight on his hands to retain his seat, and with other party casualties expected in London, Scotland and the South West, his position as party leader could be called into question sooner rather than later.

UKIP’s Nigel Farage isn’t guaranteed to win Thanet South just yet – although he boasts a nine point lead from the latest constituency polling – and is 8/1 with Betway to be the first party leader to go. Ed Miliband is also 8/1, with Leanne Wood of Plaid Cymru 12/1 and SNP darling Nicola Sturgeon a 50/1 outsider. 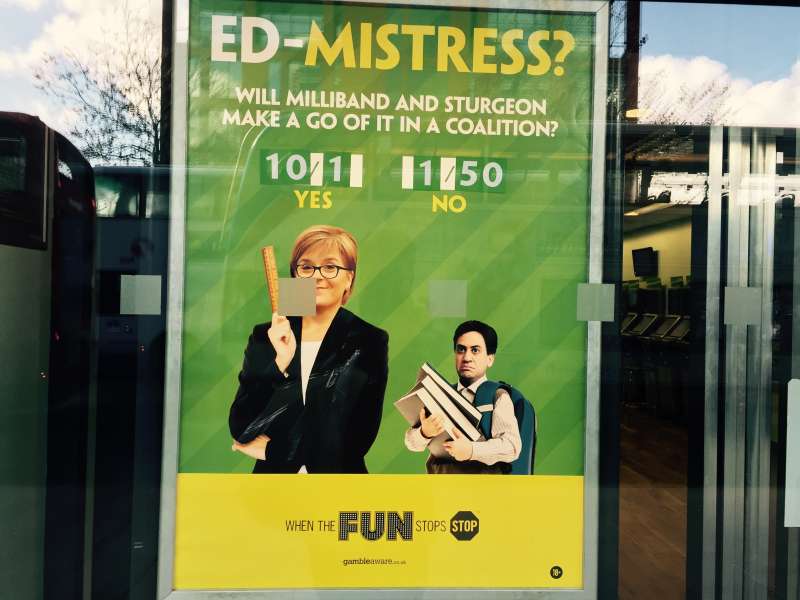 Betway’s Alan Alger said: “With a hung parliament likely, most parties will be looking towards potential coalition negotiations first before acting on questions of leadership. However, with the Lib Dems expected to lose half their seats, and Nick Clegg not even certain to hold his own, he looks the most vulnerable party leader by some distance.”


Which Party Leader will ‘step down’, ‘resign’ or ‘lose their job’ first?

Settled on first of above named persons to cease to be leader of their party. Dead-heat rules apply if officially confirmed on same day.

Meanwhile, the Sporting Index said the Liberal Democrats will lose 33 seats and will poll just 9.4% per cent of the national vote.

The polling figures will put Nick Clegg’s party into fourth place nationally – behind Labour, the Conservatives and UKIP – and will net the Lib Dems just 24 seats.

Clegg’s own seat of Sheffield Hallam has come under intense pressure from Labour through candidate Oliver Coppard, and a Lord Ashcroft poll in early April put the Lib Dem leader two points behind. However, Sporting Index expects Clegg to hold Sheffield Hallam, where he is defending a majority of over 15,000 votes from the 2010 general election – but it will be a very close race.

The spread betting firm’s individual constituency markets are scored via a ‘Win 25 Index’, whereby the winning candidate on 7th May will be given 25, the second place candidate 10, and any others 0.

Liberal Democrat leader Clegg is currently trading above 19 on the index, whereas Labour’s Coppard is trading at 16.