Britain has seen a record number of people been prosecuted for offences categorised as “violence against women and girls”, figures show. 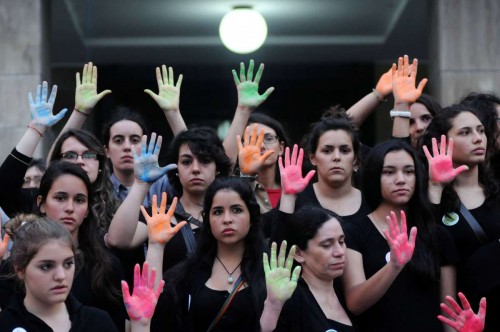 The figures are for crimes “primarily” against women, but male victims are also included in the statistics reports BBC.

They include cases of rape, domestic violence and “honour crimes”.

In the report, prosecutors said a common theme was the use of the internet to contact potential victims and post indecent images and messages.

In one case, a man used social media chatrooms to groom vulnerable women and girls, before he later raped them.

In another, a man sent 700 messages, mostly of a threatening nature, to a woman he had met on a dating website, after she had failed to respond to one email.

Prosecutions for stalking and harassment – many cases of which come under the CPS’s definition of domestic violence – rose by 15% to more than 12,000.

Of these, 1,103 prosecutions were brought for new stalking offences, introduced in 2012.