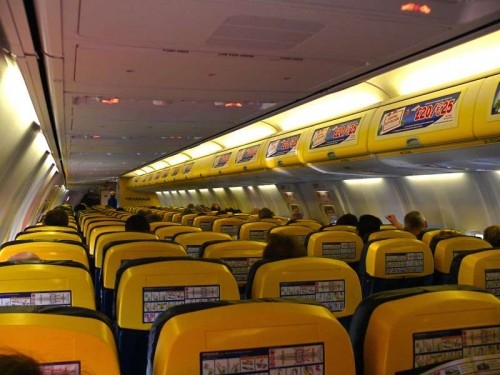 Ryanair has reported a 66% hike in net profits in the last year.

The number of customers also rose by 11% over the period from 81.7 million to 90.6 million, which generated a 12% increase in revenue.

It said its fleet of 320 aircraft would be “insufficient” to meet demand and so would lease six aircraft over the peak summer period to cope.

The full years results report said: “The fact that we maintained flat unit costs (ex-fuel) while many competitors saw their unit costs rise means that our cost leadership over competitors has widened during the last year.

“This bodes well for our growth, especially as we move into airports and routes where our competitors are charging markedly higher fares.”

Ryanair also again urged the expansion of airport capacity in the South East.

“We believe that the market should be free to develop three new runways, one each at Heathrow, Gatwick and Stansted which is the only long term solution to the capacity crisis in the South East, and which will encourage all three airports to deliver additional capacity quickly and cost efficiently.”