Sadiq Khan, sitting MP from Tooting and the son of an immigrant bus driver from Pakistan, has been selected as Labour’s candidate for London Mayor….reports Asian Lite News

The Conservatives are pondering to select Syed Kamall, MEP or Zac Goldsmith, Eton-educated MP from Richmond.

The 2016 London mayoral election will be held on 5 May 2016 to elect the Mayor of London, on the same day as the London Assembly election. It will be the fifth election to the position of Mayor, which was created in 2000 after a referendum in London.

Incumbent Mayor Boris Johnson has chosen not to run for re-election for a third term in office, having been elected as the Conservative Party Member of Parliament for Uxbridge and South Ruislip at the 2015 General Election

“I am deeply humbled to have received the support of tens of thousands of Londoners,” Khan said after winning the nomination. “I am determined to repay that trust by winning the Mayoral election next May, and making a real difference to Londoners lives.

“London gave me and my family huge opportunities. A council house so we could save for a deposit to buy our own home. A secure job for my dad as a bus driver. A great education for me and my siblings, affordable university places and good quality apprenticeships.

“As Mayor I will provide more opportunities for all Londoners. My priorities for Londoners are clear. An affordable and secure home to rent or buy. More jobs with higher wages for the lowest paid. Making it easier to set up and run a successful business. Reducing the cost of commuting and making London’s environment safer, healthier and less polluted.”

Sadiq Khan grew up on a council estate in Tooting with his parents and seven siblings. His dad drove the 44 bus between Tooting and Victoria, and his mum sewed clothes to make ends meet.

Sadiq attended his local state school and went on to study law at university in London. He worked as a human rights lawyer for more than a decade, representing people who were discriminated against at work, employees wrongfully sacked, deaths in custody and victims of injustice. He helped run a business with more than 50 employees.

After 12 years as a Councillor in Wandsworth, Sadiq became MP for his home area of Tooting in 2005. In Gordon Brown’s Government, he became the first ever Asian and person of Islamic faith to attend Cabinet as Minister for Transport, having previously served as Minister for Communities and Local Government. He served as Shadow Justice Secretary and Shadow London Minister during the last Parliament.

Sadiq will take personal charge of making it cheaper and easier to rent or buy a home in London. He’ll set up a New Homes Team in City Hall to drive the building of genuinely affordable homes to rent and buy, and create a new ‘London Living Rent’ – with rents set at a third of local income.

Sadiq will ensure that at least half of all new homes built by developers are genuinely affordable. He will use the Mayor’s planning powers to stop ‘buy-to-leave’ and will set up a London-wide social letting agency to improve standards in rented properties and to make renting more affordable.

The living wage in London will be raised to £10 an hour next year – and only companies paying the Living Wage will be able to win big public contracts within the Mayor’s control. He will set up a new ‘economic fairness’ team in city hall to work with the public and private sector to deliver higher wages and better pay and conditions – including more apprenticeships and free childcare.

Sadiq will make London the best city in the world in which to start and run a business. He will plan and provide the infrastructure our businesses need to flourish. He will establish ‘Skills for Londoners’, working with London’s businesses to provide a workforce with the skills needed for future growth. He will work with the private sector to increase London’s connectivity with super-fast broadband and town centre WiFi.

Sadiq will freeze tube and train fares until 2020, cut bus fares by introducing a new one hour ticket, and make cycling easier and safer. 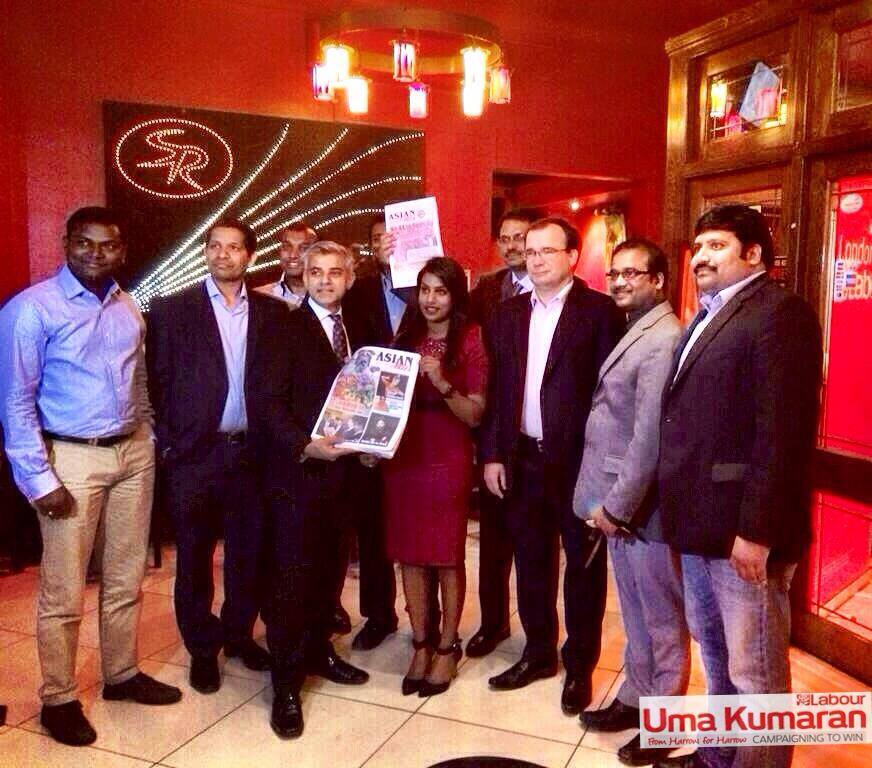