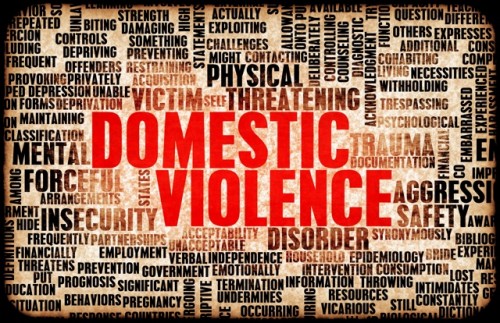 Saheli Women’s Project, which gives refuge to over 45 women and their children each year and responds to over 2000 calls for help from women suffering domestic abuse, is at risk of closure due to cuts which Manchester City Council has to find after central government again slashed its funding.

Mothers living in Saheli’s Refuge in Manchester say the closure of this vital service would leave domestic abuse victims trapped in violent relationships and at risk of death.

One service user said, “Before I was referred to Saheli, I was in hospital with many physical injuries inflicted by my husband and was diagnosed with schizophrenia due to years of abuse. I came directly to Saheli from the hospital and they literally saved my life. If I had gone home, I do not think I would be here today. After a few months at the Refuge, I have now moved into my own home, am rebuilding my life and will be going to College in September.”

Another said, “I left home to save my daughter and my unborn child. Without Saheli my children and I would not be alive.”

Recent Greater Manchester Police figures indicate that victims from BME backgrounds are disproportionately more likely to be victims of domestic homicides than white northern Europeans. The Council’s own Communities Scrutiny Committee noted these and other facts contained in a February 2014 Domestic Violence and Abuse Report, which made specific reference to Saheli and its A* rating awarded by Manchester City Council across all 5 core objectives of the Council’s Supporting People Quality Assessment.

Despite its excellent record in protecting and preventing harm to women and their children, Saheli has lost around a third of its Council funding in the last two years and has been asked to look at further 10% to 40% cuts.Any further cuts could seriously impact on the sustainability of the organisation and put many women at risk.

Remarkably, for every £1 the Council gives, the organisation generates over £3 in other revenue, and that does not include over a dozen volunteers who give their time for free.

Saheli has been providing a confidential service for Asian women and children fleeing domestic abuse for 38 years. They recently won the Community Award at the Lloyds Banking Group 2014 Asian Business Awards and are recognised as a leader in their field.

Saheli’s work goes far beyond the provision of Refuge accommodation. In addition to the abuse they face, women usually present with complex needs, are fighting for child custody, suffer from depression, mood swings, extreme isolation and additional mental health problems. Some are abusing drugs and alcohol, self harming or have other issues.

Saheli offers them emotional and practical support to ensure they do not return to abusive situations. Support is tailored to meet their needs and ranges across benefits, housing, immigration issues, child custody, divorce, education, employment support and anything else their circumstances dictate.

Priya Chopra, Executive Director, explains, “At Saheli it is not as simple as advising women to go the job centre or housing department and register. Support is needed at every step as women face cultural and linguistic barriers to accessing mainstream services independently.

We provide holistic support that may include dealing with mental health issues, financial matters, conducting ongoing risk assessments or taking women to hospital when they have self-harmed or are otherwise injured as well as ensuring children are safe.”

Under the ‘Delivering Differently’ programme, the Council has identified the need to have a delivery model that will enable the service to be proactive and tackle the root causes of Domestic Violence and Abuse, support and empower victims, manage the perpetrators and reduce costs.

Aside from managing the perpetrators, Saheli is already providing this work, saving women’s lives and saving the Council hundreds of thousands of pounds. In the last six months they have provided training to over 400 professionals in over 12 schools and 12 community projects.

Iram Ahmed, a Saheli Board member, commented, “Any objective analysis would say that a service such as ours, which directly saves lives, should be one of the last to be cut. Without the broad expertise of Saheli, the Council would need 10 different agencies to be working with an individual to meet her needs in the same way.”

Both Manchester City Council and the GMPCC have recognised the growing need for services like Saheli. This includes backing work on issues such as Female Genital Mutilation and responding to the criminalisation of forced marriage.

Saheli has specialist expertise in training front line professionals, raising awareness in schools on forced marriage, FGM and honour based violence. They ensure that women fleeing forced marriage, honour based violence and domestic abuse find help and support that is culturally specific and that women and girls are safe. Without specialist Refuge provision the risk to women and girls will increase and could potentially mean that they will return to the abusive situations.