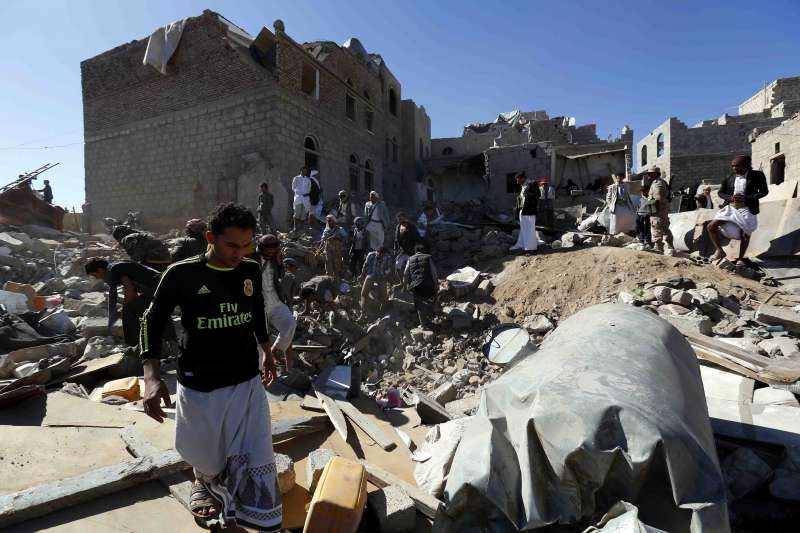 “Initial reports indicate that more than 30 people, mostly women and children, were killed due to the continuing airstrikes,” a senior security official was quoted as saying.

He said that the death toll might rise as the hospitals lack medical equipment.

Local residents said the overnight airstrikes are the heaviest since the war broke out on March 26.

Yemen’s Houthi-controlled health ministry has appealed to the international community and relief organisations to provide aid to hospitals in Sanaa due to the surging number of casualties and lack of equipment and medicines.

An army officer said “the Saudi-led fighter jets pounded about 15 positions of the Shiite Houthi group and their allies in Sanaa with more than 55 rounds of airstrikes.”

The country’s interior ministry in northern Sanaa was severely damaged during the bombings.

On Friday, 24 people from three families, mostly children, were killed when warplanes fired missiles on their houses in Haidaan area in the northern province of Saada, a Houthi stronghold, according to local activists.

The Saudi-led coalition has been air striking the Iran-backed Shiite Houthi group across Yemen on a daily basis since March 26, when Yemeni President Abd-Rabbu Mansour Hadi fled to the Saudi capital Riyadh to take refuge.

The coalition said its intervention aims to restore Hadi’s authority in the country.

The Houthis has controlled much of Yemen, including the capital Sanaa since September 2014, before ousting Hadi and his government.

Pro-government forces, backed by troops and armoured vehicles from the coalition, have recaptured five provinces including the southern city port of Aden since July.