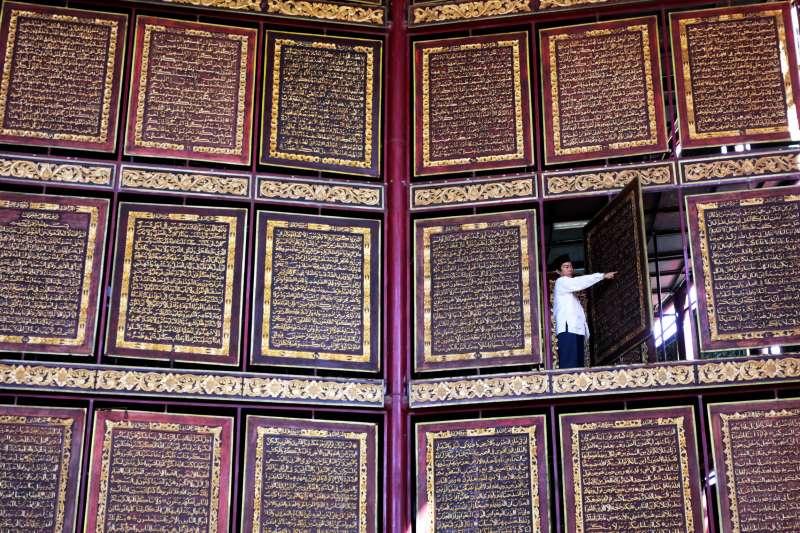 Middle Eastern historians have raised doubts about claims the University of Birmingham had discovered to oldest known copy of the Holy Quran.

The Islamic manuscript which was found hidden inside the pages of another book in a university library has been dated using radiocarbon analysis to a period between AD 568 and 645 with 95.4 per cent accuracy, says a Birmingham Mail report.

According to Muslim tradition, the Prophet Mohammed received the revelations that form the scripture of Islam between the years AD 610 and 632, the year of his death. But now historians and manuscript experts have cast doubts saying that just because the parchments were dated from that period, it did not necessarily mean the writing did too.

Experts contend that during the time of the Prophet there was no separation between the Surahs (chapters) in red colors, no red ink was used in writing “Bismillah Al-Rahman Al-Raheem” with which a Surah begins and that the holy book itself was not put in its today’s order.

Announcing the find, Professor David Thomas, professor of Christianity and Islam at the University of Birmingham, in Edgbaston, said: “The radiocarbon dating of the Birmingham Koran folios has yielded a startling result and reveals one of the most surprising secrets of the university’s collections.

“They could well take us back to within a few years of the actual founding of Islam,” adds the Birmingham Mail report.

Experts believe the pieces of parchment may have been taken from an animal which was alive during the lifetime of the Prophet Mohammed or shortly afterwards.

Birmingham’s Muslim community has already expressed its delight at the discovery in their city and the university says the manuscript will be put on public display.