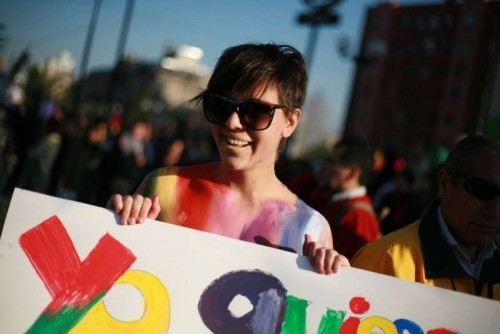 Scotland has been rated as the best country in Europe in terms of legal equality for lesbian, gay, bisexual, transgender and intersex (LGBTI) people, media reported .

ILGA-Europe, which campaigns on behalf of sexual minorities, uses the Rainbow Index to review the performance of countries based on legal protection offered in areas such as employment and services, measures to tackle hate crime, rights and recognition for transgender and intersex people, and equality in same-sex marriage and parenting rights.

Following the legalisation of same-sex marriage in Scotland in 2014, the country achieved a 92 percent rating, ahead of Britain which ranked second with 86 percent.

At the other end of the scale, Azerbaijan, Russia, Armenia, Ukraine and Monaco were considered as the worst countries in terms of legal protection.