Shreya Ghoshal fans will be thrilled to hear their favourite singer LIVE in concert on May 24. The concert takes place at the O2 Apollo Manchester on Sunday from 7:30p.m. (Doors Open 6:45pm) 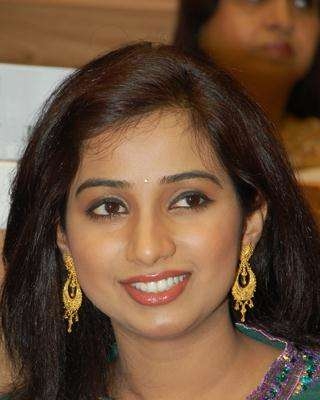 Brought up in a quaint little town called Rawatbhata in Rajasthan where her scientist father was posted, Shreya Ghoshal started learning music at the tender age of four. Her real break came when she won a TV reality show where she impressed director Sanjay Leela Bhansali with her vocal prowess.

She became the voice of the protagonist Paro played by Aishwarya Rai and went on to win a National Award for ‘Devdas’.

Shreya Ghoshal is one of the most prolific singers today, music writers have hailed her as the ‘Queen Bee of Playback’ as well as the bridge between Lata Mangeshkar and the future generation.

She recently showcased her musical variations by making the masses groove to ‘Nagada Sang Dhol’ and then ensured that they fell in love with the romantically intense ‘Manwa Laage’.

With umpteen popular trophies and National Awards in her kitty, this pitch-perfect songstress seems unstoppable at the moment!