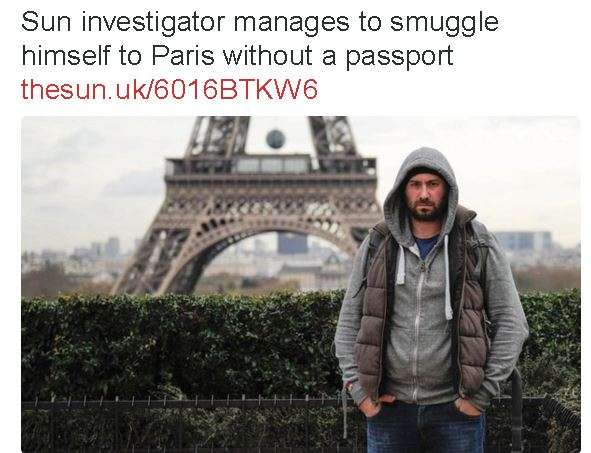 The Sun tabloid issued an apology for publishing a misleading story detailing how a freelance journalist travelled from Turkey to Paris without having his passport checked.

The story narrates how freelance documentary maker Emile Ghessen smuggled himself through Europe.

The paper said: “We have since learned that we were misled about his conduct during his journey. Contrary to what we were told, and published, Mr Ghessen used his passport to enter and leave the Croatian city of Zagreb. This has been confirmed by the Croatian authorities.

“We also now believe that he made use of his passport at the other border points within Europe. His story did not, therefore, demonstrate that the borders of Europe had lax controls.

“We apologise for publishing misleading information. We have now changed our policy regarding the use of freelance journalists in stories such as these.” 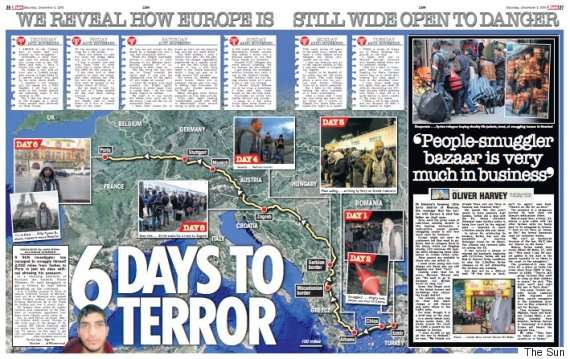 The story was been taken down from the newspaper’s website after the Croatian government cast doubt on the claims of the freelance reporter.

The Sun, which gave Ghessen a joint byline in a double-page spread on Saturday headlined ‘6 DAYS TO TERROR’, described how he travelled through countries including Croatia, Serbia, Germany and Austria.

The Croatian authorities later revealed they checked Ghessen’s passport at Tovarnick, near the Serbia border, and then again at Pleso airport, near Zagreb.