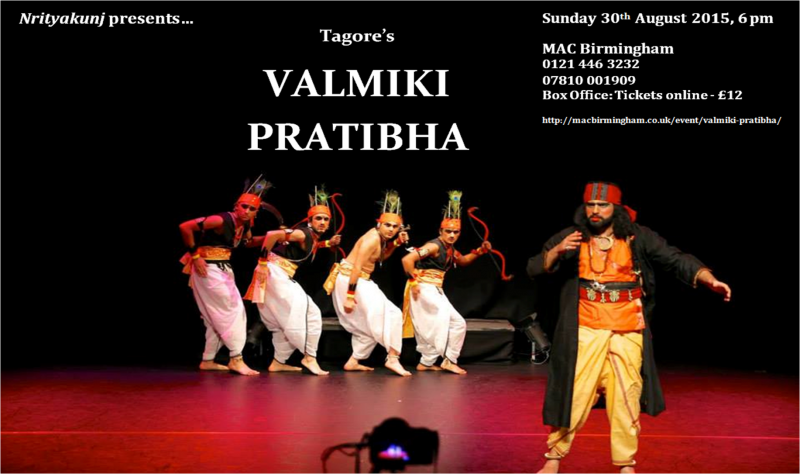 The operetta, directed by Mitali Dev,  hails the transformation of the great sage Valmiki, who eventually wrote the Indian epic Ramayana.

Valmiki-Pratibha was written on Tagore’s return from England and one can enjoy the musical influences of the west in the composition of the music. The production celebrates humanity and positive human values against cruelty and unkindness.

Using a range of Indian folk to classical dance styles combined with drama and original music and design Valmiki Pratibha promises to be an uplifting family show.  Following acclaimed performances in Manchester, London and Liverpool, the company bring their dazzling version of this classic Tagore operetta to the stage of MAC Birmingham. The entire cast are all young British-Asians from across the UK. 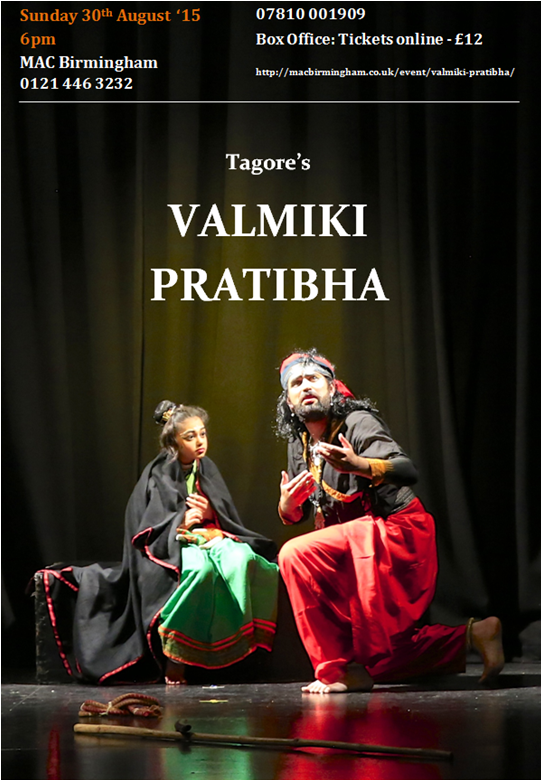 The Artistic Director, Mitali Dev says “It has been an immensely positive experience to work with young people in choreographing and creating this show that recognises the wealth of talent we have in the community. We are very excited to be taking Valmiki Pratibha to audiences in Birmingham who I hope will join us in celebrating this wonderful opera.”

Nrityakunj was founded in 2005 with the aim of bringing Indian classical dance and arts to a wider audience in the UK. Mitali Dev, the Artistic Director is a classically trained Bharatanatyam and Odissi dancer who has performed widely across the world and represented the UK in several Odissi festivals. Her previous productions include ‘Prakriti Vaibhav’ commissioned for the Dartington Summer Festival and ‘Mukut’ at the Southbank Show, London. The English narration of the show is by Devapriya Dev and Gopali Ghosh.

0121 446 3232 (MAC Birmingham)
Tickets are available to order through the MAC website, by phone or by email: dev.devapriya@yahoo.co.uk. 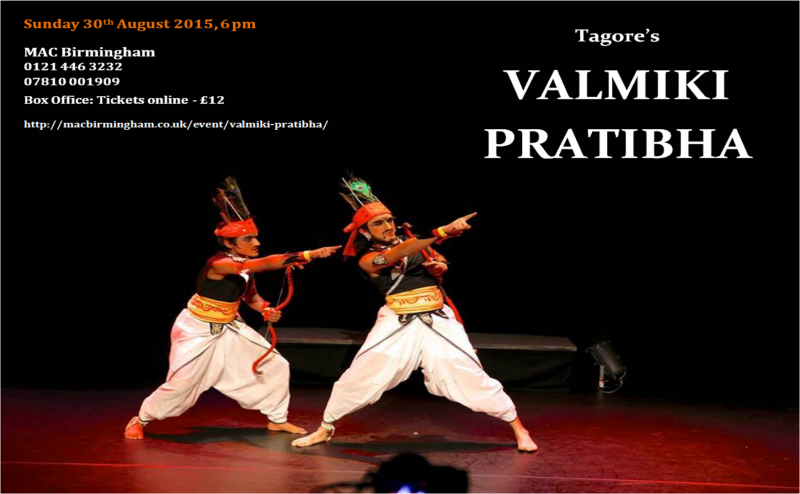