War is bizarre. We know that and we also know that it is demeaning, dehumanising and there are no winners….writes Bikram Vohra 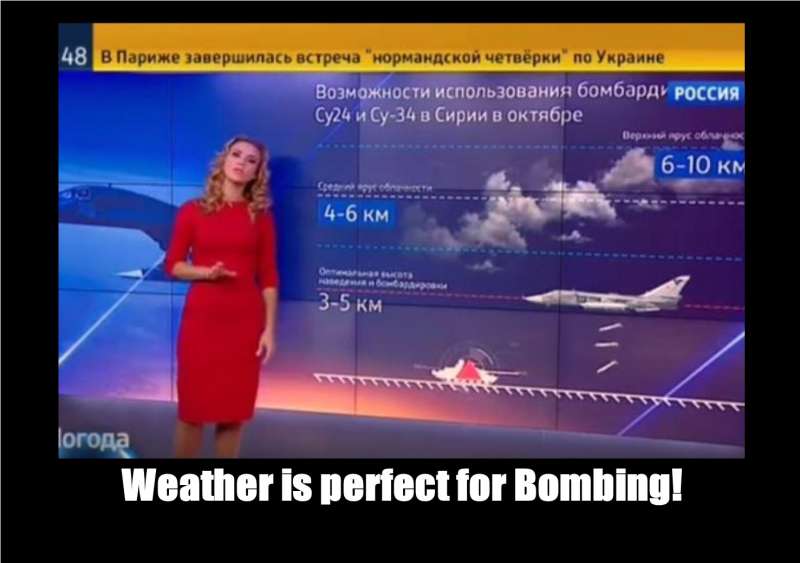 It is rare to exult over the loss of human life and if the Guardian is to be believed the report that came over a Russian weather station defies imagination.

It says that not only is October a great month in Syria but ideal for flying and the right conditions for… not picnics or parties in the outdoors but for air strikes. The skies are clear, the targets visible, the wind speed only 2.4 metres a second and sparse rainfall. Indeed, the perfect weather to rain death down on the country.

The forecaster for Rossia24 said, “Experts say the timing for [the airstrikes] was chosen very well in terms of weather.”

In recent days Russia has initiated over 100 air strikes against the Daesh (ISIS) and the multiple factions to keep Assad in power and ostensibly will intensify its air attacks while the weather holds good.

One would think the militarily there would be some circumspection about these strikes seeing as how civilians are also integral to the collateral damage and that includes children. This is the translated quote from the weather reporter: “In these meteorological conditions, planes can dive below the clouds and conduct effective strikes on ground targets, and only climb higher if there’s active anti-aircraft fire.” 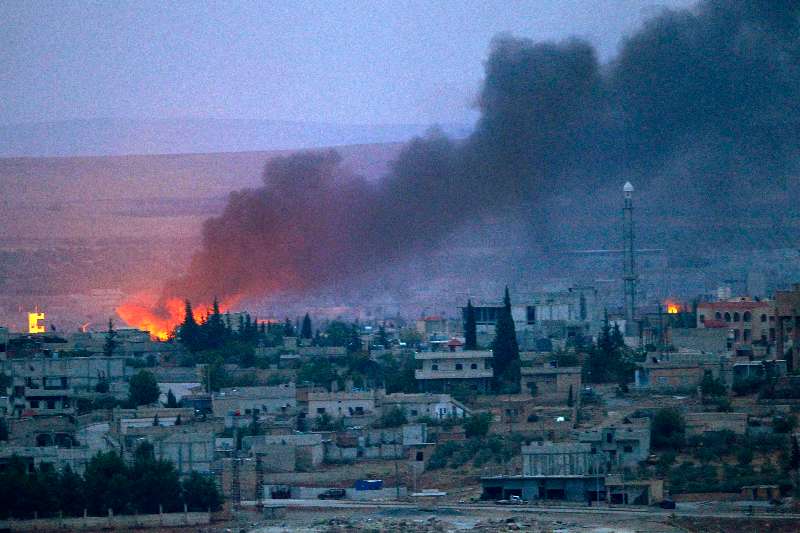 Russia has already upped its presence on the grounds with troops massing at various strategic points to strengthen a ragged Syrian army and give it a boost.

With America and Russia now creating a conflict within a war and it being some sort of an act of one-upmanship with little regard for the death toll or the growing river of displaced humanity one can see no end to the systematic dismantling of Syria. How much more of a battering can it take. The backdrop is bleak. With Yemen echoing much the same sense of futility not to mention Obama’s discomfort after the bombing of Afghanistan’s Kunzru hospital in which 22 people including a doctor from MSF were killed, the rope is slipping away. The other bookend of refugees and their dour reception in Europe is a monumental issue and it cannot be swept away. Is it any surprise that the UN has announced the latest figures of displaced people at 60 million, almost doubling in the past ten years. Syria has uprooted 1.5 million and it is no over by any means.

Winder how many of them find the weather being good and clear as they hear the whistle of the missiles shrieking down upon them.