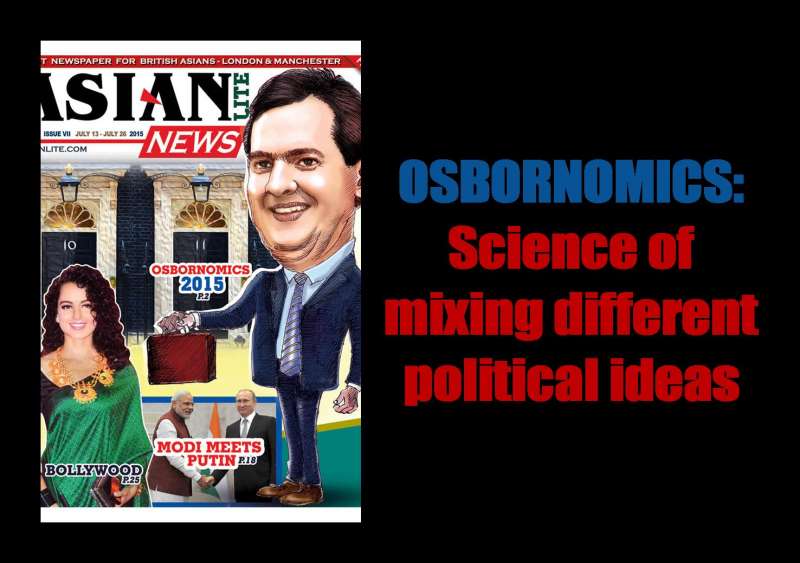 There are some good news and some bad news in the first Tory only budget since 1996. But the budget 2015 will take Britain to a new era of fiscal discipline and economic strategies. From next April the minimum wage an hour for people over the age of 25 will be £9 instead of£7.20. That’s a good news. But the chancellor converted student grants into student loans; froze benefits and cut billions from tax credits and other welfare payments. He also cut housing benefit for most people aged under 21. It cheered up Iain Duncan Smith, the work and pensions secretary, but the students are already up against it.

Mr Osborne said his budget will set “out a plan for Britain for the next five years to keep moving us from a low wage, high tax, high welfare economy; to the higher wage, lower tax, lower welfare country we intend to create”. To avoid a bumpy raid for the electorate, he would spread the £12bn in welfare cuts over three instead of two years.

The chancellor also promised to phase out the controversial bank levy, which City banks, including HSBC, has complained makes them uncompetitive. The levy will gradually reduce over next years; Instead, Osborne said he would charge an extra 8% on banks’ profits.

The government will also make local authority and housing association tenants in England who earn more than £30,000 – or £40,000 in London – pay up to the market rent, but rents in the social housing sector will be reduced by 1% a year for the next four years.

Mr Osborne said the UK economy today was “fundamentally stronger than it was five years ago”, with living standards rising strongly.
“You only have to look at the crisis unfolding in Greece as I speak to realise that if a country’s not in control of its borrowing, the borrowing takes control of the country,” Mr Osborne said. “Britain still spends too much, borrows too much, and our weak productivity shows we don’t train enough or build enough or invest enough.”

But the Institute for Fiscal Studies said three million households would be £1,000 a year worse off as a result of the cuts to tax credits, with low-income workers hardest hit.

IFS director Paul Johnson said there would be more losers than winners from Osborne’s budget package, with a £4bn rise in the minimum wage set against £12bn in welfare cuts.

“The key fact is that the increase in the minimum wage simply cannot provide full compensation for the majority of losses that will be experienced by tax credit recipients,” Johnson said.

Overall, the IFS said the budget was regressive, taking “much more” from the poor than the rich. In particular, changes to universal credit, cutting the amount workers are allowed to earn before their benefits start to be withdrawn, would cost 3 million families an average £1,000 a year.

The IFS also said Osborne’s biggest welfare cut – freezing working-age benefits, tax credits and local housing allowance until 2020 – would affect 13 million households, who will lose out by an average of £260 a year.