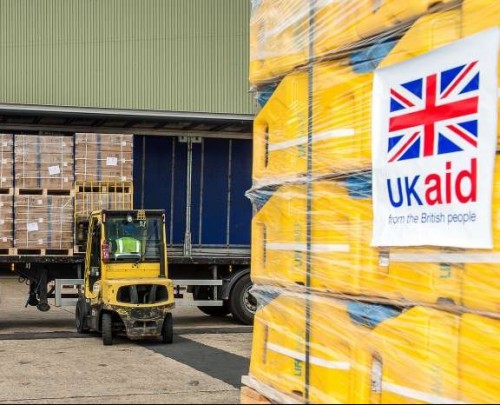 Britain is leading the rebuild of thousands of hospitals in Nepal to get health services up and running and ensure vulnerable groups like girls and women are protected following the devastating earthquakes, International Development Secretary Justine Greening announced today, during her visit to the country.

As the focus in Nepal moves to reconstruction, the Department for International Development (DFID) is pledging a further £10 million so that children can continue to be immunised, women can deliver babies safely and work can commence on rebuilding up to 1,000 damaged health facilities.

This work to resume regular health services builds on the UK’s long term commitment to the sector and UK emergency support since the disaster, such as DFID-funded medics who were sent in the immediate aftermath to treat those affected by the earthquake.

Around 2,000 pregnant women in districts damaged by the earthquake could be due to give birth before the monsoon season arrives in late June.In some cases babies will be born prematurely because of the stress associated with the earthquake. Britain’s support will help ensure there are safe facilities for women to give birth and that they and their babies receive the care they need.

DFID is also reallocating support to the United Nations Population Fund (UNFPA) to provide around 15,000 dignity kits to women and girls affected by the earthquake. These kits contain basic clothes, including a shawl and sari, soap, a flashlight, toothpaste, sanitary napkins, laundry soap and other essential items that will make life a little more comfortable and allow women and girls to maintain some dignity. In addition to distributing kits UNFPA staff will be on hand to provide advice around protection and keeping safe.

This latest package of support brings the UK response to the Nepal earthquake to more than £33 million – making it the largest donor to the relief operation.

Justine Greening said:“The resilience of the Nepalese people I have met is astounding. Although many lost everything they are determined to literally rebuild their lives from the ground up. British aid is helping them do that.

“This is Britain at its best. Within hours of the first earthquake DFID had sent a team of experts to Nepal, along with search and rescue responders, medics, and forklift trucks when things started to get clogged up at the airport. Meanwhile the British public have shown their generosity with donations of more than £50 million to the DEC Appeal.

“Britain was there for Nepal in its hour of need and we will stay to provide the longer term support it needs to get back on its feet. Hospitals as well as homes were destroyed in the two earthquakes, and people are living in terrible conditions, but this support will mean children don’t miss out on their vaccinations and women have health clinics to go to.”

The remaining resources will ensure that key partners are prepared to respond in the event of another crisis and will be able to deliver good quality health services to vulnerable women and children.

Despite the incredibly challenging circumstances, UK and international support has meant that more than 400 severe causalities have been airlifted out of remote areas and more than 100,000 people have received treatment for injuries and other ailments, with 1,400  having received major surgery.

During her visit, Ms Greening also travelled out to the remote town of Chautara where she met people who have lost their homes and are now living in temporary accommodation supplied by the UK. She also saw for herself how the UK is playing a key role in coordinating logistics and distribution of relief supplies both at a hub station in Chautara and at the main DFID-funded emergency aid base at Kathmandu airport.