Health problems in children under five are not being prevented in England by some local authorities as they are not doing enough, a report suggests…reports Asian Lite News. 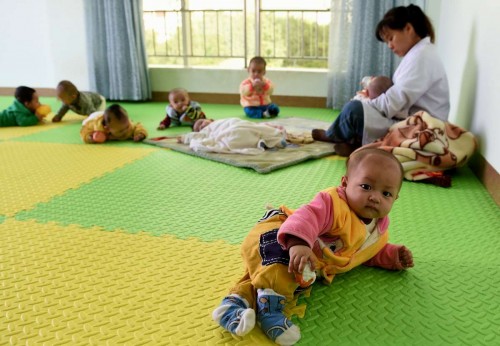 The National Children’s Bureau says it found wide variations in levels of obesity and tooth decay, even in areas of similar deprivation.

The charity said it was “shocking” children could have “wildly different” health prospects depending on location.

The government said it showed the need to devolve health spending locally.

It also found a child on the Isle of Wight is more than four times more likely to be admitted to hospital with an injury than a child in central London.

The charity said that while variations are closely linked to poverty, poorer health outcomes in deprived areas are not inevitable.

Children in Hartlepool, South Tyneside and Islington, north London have relatively low rates of tooth decay despite high levels of poverty while Salford in Greater Manchester has low obesity.

From October councils in England will take on responsibility for young children’s public health services but the charity said the government had to make improving services “a national mission.

Anna Feuchtwang, chief executive of the National Children’s Bureau, told BBC  News,”It is shocking that two children growing up in neighbouring areas can expect such a wildly different quality of health.

“The link between poverty and poor health is not inevitable. Work is urgently needed to understand how local health services can lessen the impact of living in a deprived area.