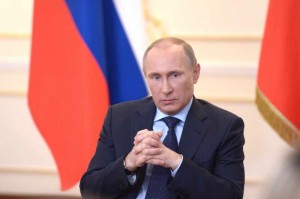 British and Russian officials are to resume efforts to find a solution to the crisis in Syria, David Cameron and Vladimir Putin have agreed.

The resumption of talks between security advisers was discussed by the leaders in a telephone conversation, Downing Street said.

President Putin had phoned Mr Cameron to congratulate him on winning the UK election, a spokeswoman added reports BBC.

They spoke for 30 minutes, with Syria and Ukraine dominating, she added.

“Both leaders agreed that it is in the interest of both the UK and Russia to help find a solution to the civil war in Syria and particularly to stop the rise of ISIL (Islamic State),” the spokeswoman said.

“They agreed that their national security advisers should meet to restart talks on the Syrian conflict.”

The men also agreed both countries should continue dialogue with the “moderate Syrian opposition” in the quest for a solution, Downing Street said.