Prime Minister David Cameron has authorised the deployment of up to 125 additional troops to join the counter-ISIL efforts in Iraq as the government steps up its efforts to provide training to the Iraqi security forces….reports Asian Lite News 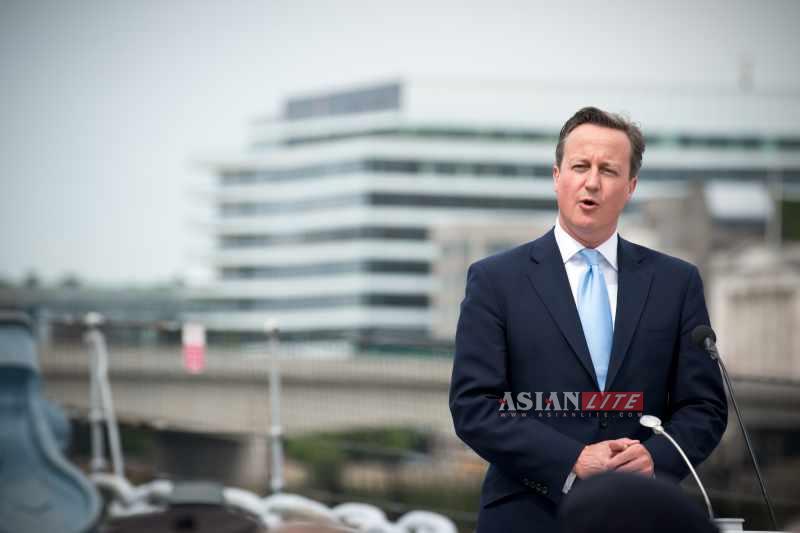 The UK is set to more than treble its counter-IED training effort with the deployment of almost 100 personnel. They will provide this specialist training to the Iraqi security forces in up to 4 locations across Iraq including Taji, Besmaya and Al Asad. Around 25 additional personnel will provide training in other critical skills, including medical, equipment maintenance, manoeuvre support for bridging and crossing trenches and information operations. This will take the total number of UK personnel providing training support to the Iraqi security forces to over 275.

The decision follows a plea from the Iraqi Prime Minister, Haider al-Abadi, for additional international support in the fight against ISIL in Paris earlier this week and National Security Council discussions on what more the government should do to protect the UK from terrorism by confronting ISIL in Iraq and Syria.

The government has decided to focus its efforts in Iraq on areas where it brings particular expertise or capabilities. As the second largest contributor to the coalition, intelligence and surveillance assets are already watching the skies over Iraq and providing vital information for Iraqi forces on the ground. The counter-IED training targets a particular tactic used by ISIL terrorists who are well known for their intensive use of explosives when retreating. Upskilling the Iraqi security forces in this area will allow them to clear territory safely and return it to local people who have been displaced and unable to return to their homes.

The additional troops will deploy in the coming weeks and will co-locate with existing coalition training bases. The UK has already trained over 1,400 Iraqi security force personnel, including 150 counter-IED specialists and gifted the Iraqi government 1,000 Vallon counter-IED detectors.

Last week, the government also announced it would increase its humanitarian support to Iraq by £20 million, bringing the UK’s total contribution to £59.5 million.