Uskmouth Power Station had its official re-opening  which has secured 40 jobs in the Newport area….reports Asian Lite News. 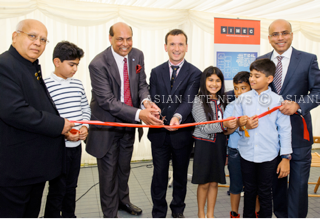 The former coal fired power station closed just over a year ago  will now be converted to bio-mass energy by new Hong Kong based owners SIMEC Group and more than 40 workers will be re-employed at the site near Newport.

Mr Gupta said: “SIMEC is proud to bring the Uskmouth power station back to life and give it a future with our innovative renewable technologies.  Uskmouth is a good investment for SIMEC and will result in significant employment and economic activity for Wales and the UK.”

Mr PK Gupta heads one of the prominent business families from India.  The Gupta family has business interests in various sectors globally with SIMEC and Liberty as their prominent brands. The family has invested considerably in the UK – in addition to the power station, the family owns nearby steel mill, Liberty Steel Newport. 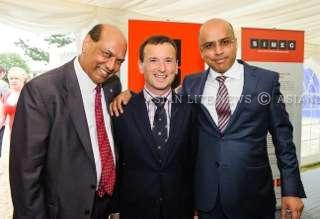 Mr Raj Aggarwal said: “This is yet another example of how Wales is attracting more and more major foreign investment. In the past few years Wales has built a much bigger profile on the world stage and is now seen by many foreign companies as a profitable area for expansion. This is great news and will mean there’s more prosperity and more jobs for people in Wales.”

SIMEC Uskmouth Power will be a renewable energy hub for the Hong Kong based company which is involved in shipping, mining, energy supply, industrial manufacturing as well as the trading of coal, iron ore and metal commodities.

The former coal-fired station based on the east bank of the Usk estuary will converted to use biomass energy generation using the latest pyrolysis gasification technology, as well as looking at developing solar and wind power for the UK grid.

The group plans for the site to be a hub for proven clean technologies and act as an incubator for the next generation of green technologies.