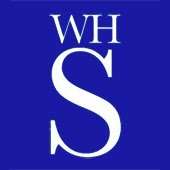 People were paying 89p more for a 750ml bottle of water and £1.50 more for an A4 refill pad at one hospital in Wakefield than at a store in Leeds, reports BBC News .

After pressure from MP Paula Sherriff, the firm said it would match stationery prices and cut food and drink costs.

Ms Sherriff said the change was a “better deal for patients”.

A spokesman for WH Smith told the BBC news that the changes had been made following a meeting with Ms Sheriff. He said: “We had a productive meeting with Paula Sherriff MP and demonstrated to her that the vast majority of our products are the same price in both our hospital and high street stores.

“Going forward, we will ensure that our High Street stationery promotions are always available in our hospital stores and we will continue to monitor average selling prices across all ranges to ensure they remain aligned.”

Dewsbury MP Ms Sheriff, who had previously described the price differences as “fundamentally wrong”, said she was pleased with the retailer’s response.

She said: “They have agreed they will set up a monitoring process so prices will be constantly checked and they will ensure that they are only 1-2% apart on the high street and in the hospital outlets.”

In August, the BBC found that Marks and Spencer were also charging hospital and high street shoppers differently.

The firm said prices in hospital “could be a little higher due to the increased running costs necessary to cover longer opening hours and convenient location”.

Ms Sheriff said she hoped M&S would now look to “offer something similar [to WH Smith]”.

Retail expert Clare Rayner, from retailchampion.co.uk, told BBC news that, “What WH Smith has done really does set a precedent for the rest and if they’re not seen to do the same thing then obviously the perception will be that they wish to exploit the captive audience.”