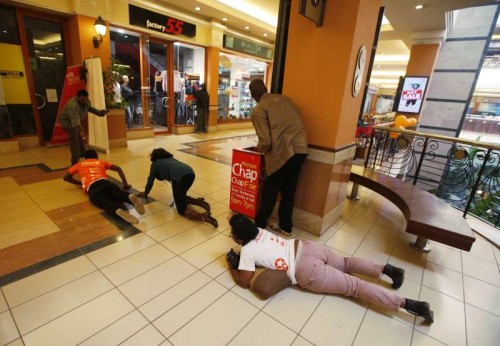 A British white Muslim convert who joined Somalian terror group Al-Shabaab has been killed in battle, Kenya’s military has said.

It is thought Thomas Evans, 24, from High Wycombe, Buckinghamshire, was one of 11 militants who died after attacking a military base in northern Kenya over the weekend reports Daily Mail.

His mother Sally previously said she would rather see him jailed in the UK than die on a foreign battlefield after he fled his home to join the Islamist group in Somalia 2011.

Al-Shabaab confirmed the latest attack in Lamu County and said ‘many Kenyan soldiers were killed’ but did not mention the deaths of any of its own insurgent.

A spokesman for Kenya’s Defence Forces confirmed one of the dead militants could be Evans, who converted to Islam in 2010 aged 19, because all the information and previous images ‘point at him’.

David Obonya added: ‘But we cannot be certain becomes sometimes looks can be deceiving. The necessary forensic investigations are being done including a DNA test I understand.’

He said another man of Caucasian or Arab origin was among the dead, while the others killed appeared to be from the region where they died.

Evans, 24, who changed his named to Abdul Hakim when he got to Somalia, was one of around 50 British jihadists who is thought to have travelled to fight alongside Al-Shabaab in the country.

His mother had been updating the authorities about his activities in Somalia and telling them what they talked about on his phone calls home.

She said she had done so in the hope that the information might help to prevent other impressionable young men from doing the same.

Sally Evans added: ‘I did tell the police what happened because I have nothing to hide… I would rather have Thomas alive behind bars than dead in the middle of nowhere because he wouldn’t just die innocently but die doing something that he shouldn’t be doing.