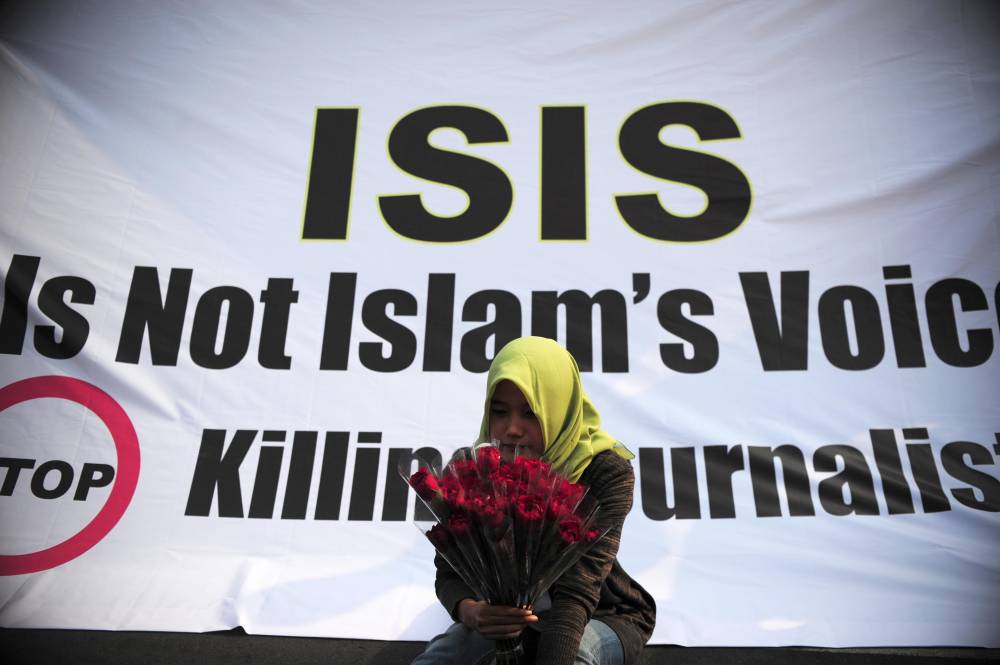 Boys and girls immersed in Britishness, playing Xbox games or listening to One Direction  join whole families with infant children on flights that ultimately end in the misery that is the so called Islamic State (IS). There’s been a lot of soul searching particularly amongst the Muslim communities as to why they would want to leave behind all they know, and the answers are complex but worrying.

It’s easy to blame the identity crisis that some of our youth feel. Just as easy to blame western intervention in Muslim countries. Yes, some will have been driven by the desire to make a difference to the lives of others less fortunate than themselves but that’s not true of most.

I have had the privilege of engaging with more than 200 Muslims and their families on the subject of radicalisation since I stepped down as Chief Prosecutor. These are people whose voices are rarely heard, they are not the usual “leaders,” nor do they want to be. They are all law abiding British Muslims who are questioning what’s happening to their brothers and sisters.

Universally, they all point to the propaganda being put out by IS as being high quality but dangerously addictive. Yes, it is brutal in the extreme on occasions but it also presents a picture of a “promised land” that offers some a purpose to their lives that perhaps is lacking. Be assured, if people don’t have a purpose for their life, then IS will give them one for their death. The counter narrative is poor by comparison and offers little more than “IS bad, UK good.”

As for individual motivations, there are several which work either alone or in combination. Common ones include “Grievance” – a feeling that Muslims are oppressed everywhere in the world and IS is bizarrely a safe haven. Look, they say, at the way Palestinians are treated. I’ll show them, they say. Yes, the events in Gaza and the West Bank give much to be concerned about, but when IS waged war on Yarmouk Palestinian refugee camp in Syria  little was said. Still, grievances exist.

Another driver is “redemption” – a belief that they have committed wrongs and need to cleanse themselves in a religious sense, the so called caliphate offering them a place do it. Alternatively, it’s redemption for things done to them. It’s also a place where their children will grow up as “true muslims,” away from the excesses of western civilisation. Of course, many of those who join IS would fail the most basic tests on Islam and had they looked into the matter, they might have seen that redemption comes in many forms especially prayer and charity. Still, they fall for the IS hype.

Others are driven, particularly the youth, by thrill seeking or “jihadimania.” The boys want to be like them, the girls want to be with them. It’s what cults do really well, making the Impressionable believe that they will let them escape from the humdrum lives they lead. A search for a terrifying Disneyland where they can escape the handcuffs of the homes they live in. A mistaken belief that their aspirations will never be met at home.

A big motivator is “ego” – a self importance and a need for attention. They think that they could be so much more than what they are in their UK communities, so much more power or control. Look at me now, I was doing those waste of time exams leading to a rubbish job and now I am a master of the  universe. It’s interesting how we hear that despite the million or strong IS armies, the western recruits tend to be the commanders and leaders, or so they would like us all to believe.

Sadly, when they make it out there, we start hearing all the Caliphate inspired, brainwashed, cultish, deluded, narcissistic  speeches about IS which distract us from what drove them there in the first place. That gives us hope, because if we know the symptoms before the disease takes hold then we can develop strategies to tackle these perceived root causes.

Communication within families and communities is the key, especially listening skills. Build trust, build relationships, give our young a voice, let them all, boys and girls, make their own choices and fulfil their aspirations. Don’t silence them or they will roar.