Britain could be set for an arctic blast in the next few weeks, if reports are to be believed, says Asian Lite News. 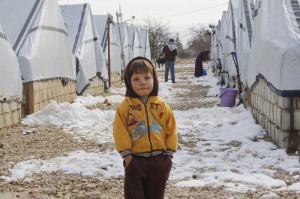 As the country prepares to welcome Tropical storm Henri from the Atlantic this week, the Daily Express has suggested October could be a chilly one.

One weather predictor claiming Britain could be set for a winter similar to the bitterly cold one of 1962/63.

Forecasters are predicting icy cold temperatures as icy cold winds set in and could bring with them a flurry of snow.

James Madden, forecaster for Exacta Weather, told the Daily Express: “October is likely to see a real chill at times in terms of temperatures due to below-average sea surface temperatures in the Atlantic and a virtually non-existent Gulf Stream.’’

“This is likely to result in a much colder than average November with the first significant snow of the year in parts of the north.”

“There will also be some snow to much lower levels of the country at times within this period, and even parts of the south could see some early snow before we enter December this year.”