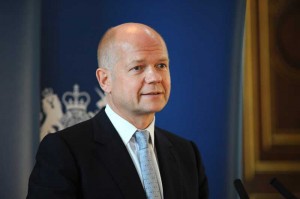 William Hague is standing down as an MP after an illustrious 25 year career in the House of Commons.

Looking back on his time in politics, in an interview with the BBC’s Norman Smith, the former foreign secretary and Conservative Party leader said he had few regrets, other than losing the 2001 general election.

“I’m not one for having a lot of regrets but I do regret that we didn’t get things back together again faster in the Conservative Party,” he added reported BBC.

But Mr Hague is far from alone in seeking a new role, away from the famous green benches, after 7 May’s general election.

A total of 86 MPs have announced their intention to stand down, according to BBC Analysis and Research.

It might sound like a lot, out of 650 MPs, but it is a long way short of the total in 2010, when 149 MPs headed for the exit in the biggest Commons clear-out in history, in the wake of the expenses scandal.

A total of 17 former cabinet ministers – 12 Labour and five Conservative – are standing down at this election.

The departure of Mr Hague, Sir George Young and Stephen Dorrell takes the number of John Major cabinet survivors down to three: Ken Clarke, Peter Lilley, (who both served under Margaret Thatcher as well) and John Redwood.

Three female Conservative MPs, all elected in 2010, have announced they will retire. This constitutes 6% of female Tory MPs. In all, seven of the 2010 Tory intake will stand down after a single term.

High profile Tory retirees include former health secretary Andrew Lansley, Sir George Young and Sir Peter Tapsell, the Father of the House, who was first elected to the Commons in 1959. He has clocked up 54 years on the green benches, with a two year break from the Commons in the mid-1960s, making him one of the longest-serving MPs in British history.

Former Foreign Secretary Sir Malcolm Rikfind, who now sits as an independent. after having the Tory Whip withdrawn, is also standing down.