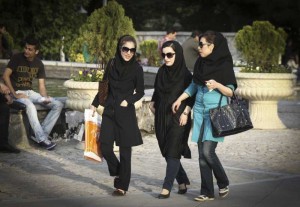 A major new report by a coalition of democracy organisations –  the Centre for Women & Democracy, Electoral Reform Society, Unlock Democracy, Fawcett Society and the Hansard Society reveals that despite progress on May 7th, there is still a long way to go before women are equally represented in politics.

Sex and Power 2015, coordinated by the Centre for Women and Democracy’s Nan Sloane, is the first study on women in politics since the General Election – and offers significant new insights into the state of female representation in British democracy today.

The Key findings of the report are :

The research has also found that women make up:

In addition, just 22% of Select Committee chairs elected in June are women, while of the 303 places on Parliamentary committees, 33% are women.

Nan Sloane, report author and Director of the Centre for Women & Democracy: “The outcomes for women in Parliament at this year’s election are largely encouraging, but they also demonstrate how far we have to go, not just in terms of women MPs per se, but also when it comes to the nitty gritty of government and, in particular, to the House of Lords, which remains both undemocratic and unrepresentative.

Katie Ghose, Chief Executive of the Electoral Reform Society: “Clearly we still have a long way to go before women are fairly represented in politics. The public want our democratic institutions to reflect real life, not a boys’ club. To make that happen, we could start by scrapping our out-dated voting system, as countries with more proportional systems have a much better record for female representation.”

Sam Smethers, Chief Executive of the Fawcett Society: “Real progress has been made on women’s representation in the commons – but it’s time to speed up the pace of change.

“We need political parties to take stock and focus on how to achieve 50:50 representation by 2020. Failing to do that means that our politics remains out of touch and is missing out on much needed talent and expertise.

Ruth Fox, Director & Head of Research at the Hansard Society: “There was modest progress in female representation in Parliament at the election, and the number of ministers has increased, but the fact that no woman chairs a major Cabinet Committee or Sub-Committee is disappointing. It is at these meetings that the vital decisions affecting women’s lives are made and the chair is often key in driving the agenda and chasing progress.”

Alexandra Runswick, Director of Unlock Democracy: “The lack of women in senior decision making roles is not just unjust, it is wasteful. Britain is missing out on women’s contributions. It is a symptom of just how unrepresentative our democracy is of wider society.