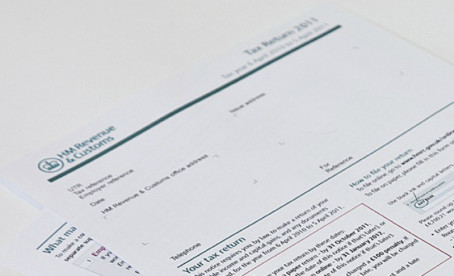 Women are more likely than men to send in their tax return on time, an HM Revenue and Customs (HMRC) analysis has revealed.

For every 10,000 tax returns received last year by HMRC from men, 394 were after the relevant deadline – 31 October for paper submissions and 31 January for online returns. This compares to 358 late returns for every 10,000 received from women.

As well as a gender gap, HMRC’s analysis showed a significant difference in filing behaviour between age ranges. People aged 18 to 20 were the worst offenders, with 1,085 in every 10,000 filing late. At the other end of the scale, those aged 65 or over were the most punctual, with only 155 out of every 10,000 missing the deadline. HMRC’s analysis found that the older you are, the more likely you are to send in your tax return on time.

In terms of differences between workers in different industries, those in the agriculture, fishing and forestry industry are the star performers, with just 109 in every 10,000 filing late returns. Lawyers and accountants came second (219 late filers per 10,000), with health and social workers (262 per 10,000) in third place. Workers in the information and communication industries fared the worst (390 per 10,000), with administrative and support services not far behind (388 per 10,000) and the construction industry the next worst performing sector (352 per 10,000).

“Whatever your gender, age, occupation or location, if you haven’t sent in your 2013-14 tax return, you need to take action now.

“HMRC offers a range of help and advice. But don’t leave it until the last minute to contact us. Do it now, and avoid a last-minute rush to beat the deadline.”

You must file your 2013-14 tax return, and pay what you owe, by midnight on 31 January. If you haven’t yet registered for HMRC Online Services, you need to act now, as it involves HMRC posting you an Activation Code and this can take up to ten days to arrive.