Now, I am all for hope springing eternal in various parts of the human anatomy but there are no cigars for guessing the Windies don’t have anywhere near that kind of money. So, it is a bit of grandstand ruined by the ‘selective’ nature of the ‘freeze.’ Why then is India playing them in the World Cup? A boycott is an absolute and it cannot be half of one. Ergo, move on, all these legal threats are pointless if they are reduced to cases of convenience. Since the BCCI hasn’t the moxie to refuse playing the Windies on March 6 in the ensuing World Cup they ring hollow. 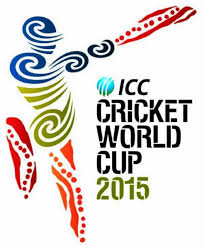 And while we are on the subject of hope springing about and all that, I just love the way Asian cricket fans are dredging for virtue in their teams. It  reminds one of those desperate prospectors panning streams for gold specks. Because specks is what we’ll find. The Indians, as title holders, are nowhere near coming together as a team much as their millions of supporters would want. Especially after the past two months of not winning a game.  Pakistan’s Inzamam and Shoaib’s comments that Dhoni’s presence is the key says it succinctly. They might as well have said; please keep him on because he has very little strategy, even less interest and looks as lost as a babe in the wilderness. Also, India’s bowling has the penetration of a wet noodle so even if the batting line up (?) comes good how do you defend the score?  Pakistan, with a string of wide angled benched bowlers suffers from much the same mushy attack. And the batsmen of both these nations are going to be a joy for the wicket-keepers and slip fielders. The Sri Lankans are truly ‘old warhorses’ and will suffer severely from tired legs on the one side and greenhorns on the other. It is not an easy tournament and it does take its toll.

Come Match Day 2, Feb 15 India will take on Pakistan and over a billion people will tune in to get their jollies but it is unlikely to be more than a bit part in the big picture. And this ‘war within the war’ tom tomming has become a bit boring.

So, leading by a mile it is Australia at home. They have played in six finals, taken the trophy four times with a 72% win ratio to second placed India with just 58%…that is a huge difference. They have the bowling, they have a batting lineup and a level of fielding that isn’t going to be easy to match. Even when they lose three of four wickets swiftly, it’s a bit of a wobble and they are back in balance. In fact, in what is practically a one horse race the only two countries that might get a look in if the ‘glorious uncertainties’ of cricket manifest themselves are England and co-hosts New Zealand.

England, because they shown they have what it takes and are balanced side and playing down under doesn’t cause them skill paralysis. And New Zealand, because they are in fine fettle and also on home turf. You can see after Sharjah, how well they have come good against Pakistan in the warm ups this week.

Ah, I hear the pundits proclaim, what about South Africa? What about them? Always stolid and no longer really chokers they lost by a wicket to the Windies last week, which is not much of an indicator in itself but they are dangerous enough to be number four in the list. The Windies, I believe, will be more mentally handicapped and fetch up as a bunch of disparate islanders rather than a cohesive unit. You have to ask how much rhythm of the calypso is in that drumbeat these days and without Sunil Narine it is even more fractured a tune.

Might I be wrong? Yes, of course. There is always an applecart to tip over. One of the minnows might find a stone in the catapult and fell one the big guys. Won’t happen. Australia might belie their huge reputation and make a dog’s breakfast of things. Won’t happen. One of the South Asian teams may hit a purple patch. Won’t happen.

Australia will run away with the Cup. Will happen?