According to figures on wellbeing published by the Office for National Statistics, almost one in five young people lives with high levels of anxiety. Asian Lite News reports 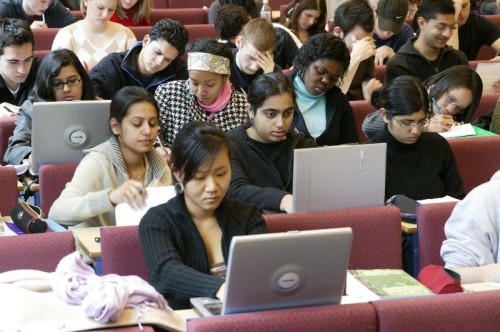 The study looked at the wellbeing and mental health of 7.5 million young people in the UK aged 16 to 24.

The figures also show a rising proportion of young people who felt dissatisfied with their health.

But at the more positive end of the scale, almost three-quarters said they were “happy” or “very happy”.

The figures from the ONS show a picture of a growing number of young people who are satisfied with their lives – but with a persistent minority reporting unhappiness or suffering from anxiety.

In a separate measure, there are almost 21% of young people with “evidence indicating depression or anxiety”.

The ONS also published figures for the wellbeing of younger children which showed about one in eight youngsters between the ages of 10 and 15 reported symptoms of mental ill-health.

At the beginning of the university term there were particular warnings about the need to respond to mental health problems on campus.

Sir Anthony Seldon, University of Buckingham vice-chancellor, has been calling for universities to take a more active role in promoting students’ wellbeing.He told the BBC news, “We have a crisis, which is growing each year, in student mental health in our universities. I am not blaming the universities, but things must now change quickly before more avoidable misery is spread, and more lives lost.

“There is excellent practice in some areas in some universities, but the sector overall needs to rise quickly to their example.”

Sir Anthony has set out ideas for how universities could take responsibility and intervene to help students, including better use of personal tutors, buddy schemes for support between students, tackling “lad culture” and the promotion of healthy living and diet.

Anxiety UK, a charity which helps people with stress and anxiety, is publishing a support guide to help students.

The charity says that overstretched health and counselling services could mean that students do not always get access to the help they need.