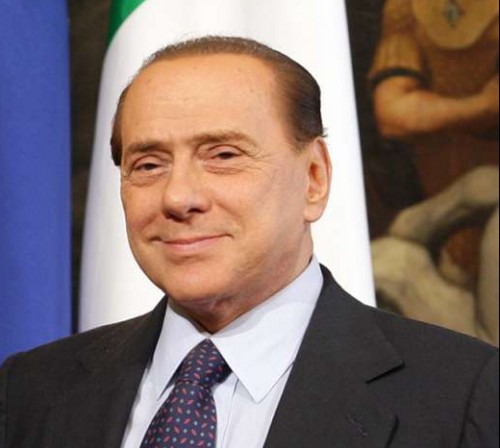 Berlusconi’s biography, to be called “My Way”, will be written by veteran US journalist and Italy commentator Alan Friedman and is due to appear in English and Italian later this year.

“For many years, many journalists have asked me to tell them my life story,” Berlusconi, speaking slowly in heavily accented English, says in a video on Corriere della Sera’s website.

“I have always refused. I agreed to work with Alan Friedman because I trust him,” Berlusconi adds, seated in his study at his villa outside Milan.

“As Steve Jobs said to his biographer: I will tell you my story, you will write what you like,” says Berlusconi, referring to the late co-founder of US tech giant Apple.

Friedman vows to “pull no punches” in telling the flamboyant 78-year-old’s life story – from his legal woes to his relationships with women and the future of his football team, AC Milan.

“I told Berlusconi that I did not intend to write the story of a saint… and that I would pull no punches,” Friedman said, quoted by Corriere.

“I wanted to write the story of an extraordinary life, for better or worse,” he added.

Berlusconi began his career selling vacuum cleaners and built a reputation as a crooner in nightclubs and on cruise ships before amassing a fortune in the construction and media sectors.

One of Italy’s richest men, he founded the conservative Forza Italia party in the 1990s and served as Italian prime minister three times.

Berlusconi has stood trial more than 100 times over the past 25 years but has received just one binding conviction – in 2013 for tax fraud.