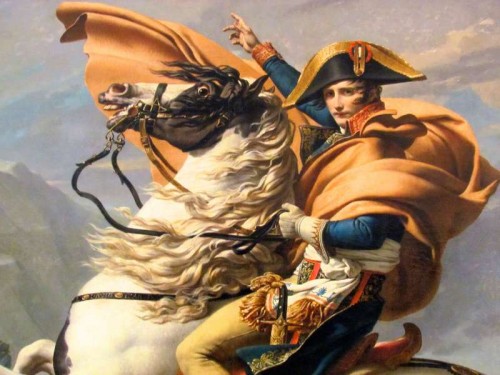 A ship used by French military and political leader Napoleon Bonaparte to sneak back into France while he was in exile has been found in Australia, a media report said .

Australian filmmaker and shipwreck hunter Ben Cropp claimed that he found the final resting place of the “Swiftsure” in shallow waters off far north Queensland state, The Australian reported.

Cropp had to risk a dive in crocodile-infested waters off Lockhart River, towards the tip of Cape York Peninsula, to be sure he’d really found what he’d spent several years searching for.

A distinctive line of keel bolts, ballast and pottery shards made Cropp to confirm his finding.

Officials from the Queensland’s Department of Environment and Heritage Protection are now in the process of verifying the claim.

The significance of the find dates back to 1815 when Napoleon was living in exile on the island off Elba, off Italy, following a crushing military defeat during his march on Russia.

Napoleon escaped the island by commandeering a 337-tonne brig named “L’Inconstant”, later renamed the Swiftsure to retake his homeland, famously confronting the soldiers of King Louis XVIII and ultimately forcing the monarch into exile.

England later seized the brig as a war prize after the battle of Waterloo, renamed her and used her on the England-Australia shipping route.

The brig was believed to have sank after striking a coral reef on the great barrier reef while en route from Sydney to Mauritius in 1829.

Cropp made the discovery in November 2014, however, kept it secret as plans were made to create a film of the discovery. Those plans were abandoned due to the site being highly decomposed and in crocodile infested waters.

“I counted six crocodile tracks leading into the water a mile away and that’s not funny. My dive there (in November 2014) was very brief,” Cropp said.

The film-maker said it took years of meticulous research to narrow the search area, with the final line of debris he found during a scuba- dive corroborating reports from a ships log in 1830 which noted wreckers stripping the vessel of it’s valuables.