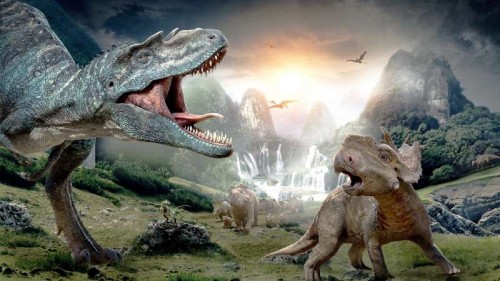 The world is witnessing the sixth mass extinction that threatens even our very own existence, warns a new study.

The new study, published in the journal Science Advances, shows that even with extremely conservative estimates, species are disappearing up to about 100 times faster than the normal rate.

The world has seen five recognisable mass extinctions till now and the final one wiped out the dinosaurs 66 million years ago.

“(The study) shows without any significant doubt that we are now entering the sixth great mass extinction event,” said Paul Ehrlich, senior fellow at the Stanford Woods Institute for the Environment.

The researchers have warned that humans could be among the species lost as a result of the current mass extinction event.

“If it is allowed to continue, life would take many millions of years to recover, and our species itself would likely disappear early on,” said lead author Gerardo Ceballos from the Universidad Autonoma de Mexico.

There is general agreement among scientists that extinction rates have reached unparalleled levels since the dinosaurs died out 66 million years ago.

However, some have challenged the theory, believing earlier estimates rested on assumptions that overestimated the crisis.

Using fossil records and extinction counts from a range of records, the researchers compared a highly conservative estimate of current extinctions with a normal “background” rate estimate twice as high as those widely used in previous analyses.

“We emphasise that our calculations very likely underestimate the severity of the extinction crisis, because our aim was to place a realistic lower bound on humanity’s impact on biodiversity,” the researchers wrote.

Now, the specter of extinction hangs over about 41 percent of all amphibian species and 26 percent of all mammals, according to the International Union for Conservation of Nature, which maintains an authoritative list of threatened and extinct species.

“There are examples of species all over the world that are essentially the walking dead,” Ehrlich said.