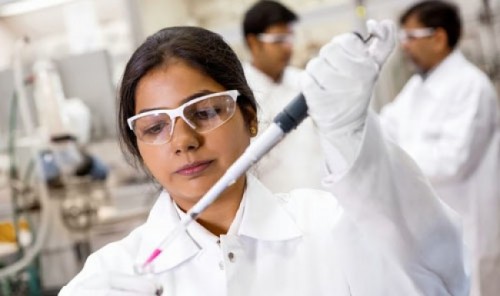 As it attempts to drive growth and innovation, India lags the developed and emerging world in a key area, research and development, as a recent imbroglio over stipends reveals­.

Spending on research activities in India is low: 0.85 percent of gross domestic product (GDP) in 2013 and projected at 0.9 percent in 2014. Global spending averages around 1.8 percent. While the United States spends around 2.8 percent of GDP on R&D, China spends 2 percent and Russia 1.5 percent, according to a report by Batelle, a non-profit research and development organisation.

On an average, an Indian researcher is paid around Rs.2.5 lakh/year, which is 22 percent lower than the average minimum salary range of Rs.3.2-Rs.5 lakh/year paid by well-known IT and engineering firms to fresh graduates.

For more than a year, research scholars across India have been demanding increased stipends. Scholars at the Indian Institute of Science, Bangalore, wore armbands to protest the issue during Prime Minister Narendra Modi’s recent visit to the institute.

Ignoring R&D in this manner could imperil India’s future growth and without research, India struggles with innovation. Low spending on R&D is the major reason India lags similar economies in innovation and scientific development. In 2012, Manmohan Singh, then prime minister, had expressed concern that expenditure on research and development in India has been “too low and stagnant”.

India had 0.44 million R&D personnel, as compared to China’s 3.2 million, Japan’s 0.86 million and Russia’s 0.83 million, according to data last available. In terms of filing patents, too, India lags major countries, and its contribution to global patent filings was 1.8 percent in 2012.

The number of patents filed by foreigners in India largely exceeds patents filed by residents between 2005-2012, a trend also observed in Brazil and South Africa, according to data available with the World Bank.

The number of female R&D personnel in India is also low: Just 15 percent are female, compared to 29 percent in France, 41.4 percent in South Africa and 27.3 percent in Germany. Bulgaria, where women comprise 53.3 percent of personnel, tops the list.