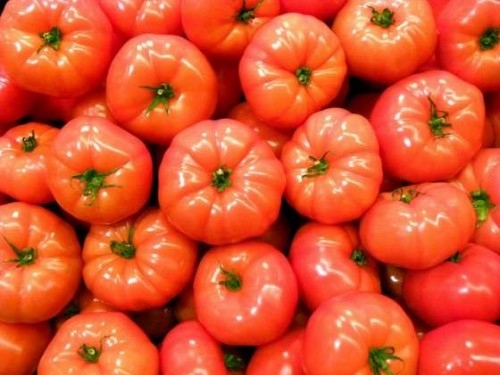 With the European Union expected to approve import of 17 more genetically-modified food products by the end of May, opponents in India like Greenpeace will have a weaker case to stall permission for commercial cultivation of GM crops. But they are unlikely to give up their resistance.

Unless the courts come to its rescue, Greenpeace’s very existence in India has come under a cloud. The government has choked the flow of foreign funds to the NGO, terming it a threat to the nation’s economic security. The government has found its habit of stirring up opposition to coal mining and nuclear energy annoying.

India has only one approved BT crop, cotton, which it authorised in 2002. The EU already imports 58 GM products, including US maize, cotton, soyabean and sugarbeet. A few more on the menu are unlikely to convince Greenpeace to change its pet peeve.

Neither are NGOs associated with the ruling party’s ideological parent, like the Swadeshi Jagran Manch, likely to relent on GM crops.

The EU relaxation is happening under pressure from the United States, which has raised the issue of a backlog in biotech authorisations during talks on a free trade deal between the two called the Transatlantic Trade and Investment Partnership.

In January, the European Parliament allowed member countries to authorise or prevent cultivation of GM crops that have been approved by the European Food Safety Authority, proving that opposition to GM food is political, not safety-related.

Britain and Spain are expected to rule in favour of a variety of Du Pont Pioneer’s GM maize also known as ‘Supercorn’.
But opposition to GM crops is quite entrenched in Europe and elsewhere, showing how successful the scaremongering by environmental extremists has been.

Mark Lynas, who launched the anti-GMO movement and even vandalised a GM field trial in Britain 15 years ago, before turning its advocate in 2013, said last month in a blog in the New York Times that “we need GM technology. We must not let the Green movement stand in the way”.

He noted that Hungary has written anti-GM ideology into its constitution. France too has a GM ban in place.

Lynas said his recent meeting with a Bt brinjal farmer about 95 km from Dhaka was rushed and the threat of violence had made his escorts from the Bangladesh Agricultural Research Institute (BARI) quite jittery.

Bangladesh is the first country to allow cultivation of Bt brinjal, which is resistant to the fruit and shoot borer pest. This has eliminated the need for sprays to control the pest by as many as 140 times over the life of the crop, Lynas said. The technology has given the country’s 108 farmers authorised to cultivate it better incomes not only due to reduced cultivation costs but also premium pricing on being marketed as ‘insecticide-free’.

A Greenpeace-led coalition has tied up Bt brinjal trials in the Philippines in litigation for two years, Lynas said. In India, activists got a moratorium imposed on its trials in 2010 with the help of then environment minister Jairam Ramesh, a fellow traveller.

The crop biotech industry last week released a report by PG Economics Company, a Britain-based specialist consultancy. It says that in the 17 years to 2013, since they were first cultivated, GM crops have resulted in an extra 412 million tonnes of soyabean and corn production and output of nearly 22 million tonnes of cotton lint and eight million tonnes of canola.

But activists are likely to dismiss the report as industry-sponsored, just as they will pay scant heed to the proposed EU relaxation. But India cannot afford to give in to this anti-science, multimillion dollar dissent industry.

Four states have allowed field trials of GM crops. Environment Minister Prakash Javadekar supports GM technology. The prime minister has seen its benefit as chief minister of Gujarat. They must articulate their convictions. Rationality, and not NGO hocus-pocus, must inform public policy