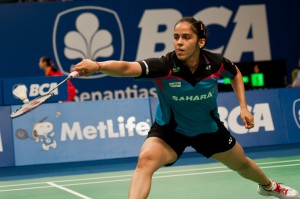 Once again a controversy has erupted over the Padma awards even before they have been officially announced with shuttler Saina Nehiwal, an Olympic bronze medallist, throwing a fit over not being considered and the sports ministry meekly caving in.

The issue erupted on Friday with Saina tweeting her disappointment at her application not being considered for a Padma Bhushan, India’s third highest civilian award.

“Friends, I am not demanding for the award… My question was why my name was not sent to the home ministry (sic),” she wrote.

No doubt the home ministry procedures permit such applications – but is that really the best way for such awards to be conferred by the President of India? Doesn’t it amount to purchasing such awards and also downgrading their sanctity?

This apart, what purpose do these awards serve? Awardees can’t wear the medal – at best they can frame it, as also the scroll that comes along with it – nor can they append it to their names as the uniformed forces can of the medals they are awarded.

To get back to Saina, the sports ministry said Monday it would recommend her name for the award “as a special case”.

On Sunday, Sports Minister Sarbananda Sonowal had maintained that he received Saina’s nomination from the Badminton Association of India (BAI) only on Saturday.

“The ministry has since received the nomination of Saina Nehwal for Padma Bhushan Jan 3 from Badminton Association of India,” the ministry said in a statement.

“In view of the achievements of Saina, the Department of Sports has decided to recommend her case for Padma Bhushan to the ministry of home affairs as a special case although the last date for making the recommendation is long over.”

Does this mean that throwing a fit is a criterion? Because Sania also raised the question of wrestler Sushil Kumar’s name being forwarded. Okay, so fight your own battle but why pull down someone else?

Surely, this is not what Baron Pierre de Coubertin, the founder of the modern Olympics, had in mind when he coined the expression: “The important thing in life is not the triumph but the struggle; the essential thing is not to have conquered but to have fought well.”

Now take the awards for sportspersons. A year ago, on Jan 3 to be precise, the sports minister issued fresh guidelines for selecting sportspersons for the Arjuna and other such awards. Henceforth, 90 percent weightage would be given to winners of medals at various international championships and sports events of disciplines covered by the Olympics (summer, winter and paralympics), the Asian Games and the Commonwealth Games.

Winners of medals in Olympics and Paralympics will automatically be considered for Rajiv Gandhi Khel Ratna or Arjuna Awards, depending on the type of medal won, if they have already not been conferred with either of the two top awards.

But then, given the large number of court cases last year, notably boxer Manoj Kumar winning his Arjuna Award through a court order, raises doubts about the sanctity of such guidelines, particularly when the sports ministry has made an exception for Saina.

And, if the handing out of such awards is meant to spur the recipients, that hardly is the case.

With these awards considerably losing their sheen, do they serve any purpose in this day and age? Perhaps the time has come to retain only the Bharat Ratna, India’s highest civilian award, and do away with the rest.