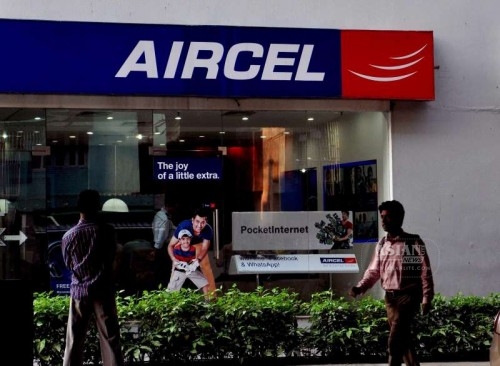 The issue of spectrum has been in news in India with unfailing frequency in recent times, for reasons both right and wrong. What does this term mean? How does it affect lives, yours and mine? A primer:

Radio frequency spectrum is a band of electromagnetic airwaves, used to transmit signals. It can be likened to ultra-violet rays in terms of colours, which cannot be perceived by human eyes or ears. The mobile phone you make and receive calls from, the FM radio you listen to, the TV programmes you watch or the GPRS devices you use, all function by receiving and transmitting these invisible signals.

How is it measured? In hertz (Hz), named after German physicist Heinrich Rudolf Hertz, who first proved the existence of such electromagnetic waves in the 1860s. One hertz or one wave, like in a heartbeat, is of one-second duration. Humans can typically hear sounds in the range of 20 Hz to 20,000 Hz or 20 Khz (kilo-hertz). Below this range it is infrasound and above that ultra sound, both of which are inaudible. For dogs the range is outer limit is 64 Hz ro 44 KHz, for cats 55 Hz to 77 KHz and for whales 1 KHz to 123 KHz. The frequency used for mobile telecom is much above the human range.

Are these electromagnetic airwaves harmful? The knives are out on this among the experts with vehement opinions on both sides of the spectrum. But what is by and large accepted is that if the norms set by international institutions like the International Telecommunications Union and the World Health Organisation are adhered to, it will pose no threat to humans. India is extremely stringent on this and its standards are well above the global minimum.

What are spectrum bands? Since this electromagnetic spectrum is scarce and is used for multiple disciplines — such as defence, railways, radio, TV and telecom — it is divided into bands for better management, easier assignment and to assign a cost. When one refers to, say, a 900 MHz band, which is used for mobile telephony, among other applications, it is actually a range of airwaves, also called a bandwidth.

The range for 900 MHz band (900 million waves per second), for example, typically extends from 869 MHz to 915 MHz in India, but for easier identification, it is collectively called the 900 MHz band. So it is not a single frequency. This holds true for other bands.

In the current round of telecom auctions, in the 900 MHz band, a total of 177.8 MHz has been offered over 889 blocks of 200 KHz each for 17 circles (like West Bengal, Haryana and Maharashtra). A similar offer has also been made in the 800 MHz band, 1,800 MHz band, and 2,100 MHz Band. Companies have to bid per block (or a basic chunk of spectrum), with each circle having multiple blocks.

How many mobile phone connections can, say one mega-hertz of spectrum, serve? Every expert IANS spoke to said that it was difficult, adding it would also not be prudent to hazard a guess. This is because there are innumerable variables that must be taken into account to determine this under numerous immeasurable conditions – such as distance between signalling towers, quality and strength of signals, buildings in between, the frequency used and high subscriber-concentration areas, to name just a few.

Yet, when one speaks about falling quality of service and call drops these days due to lack of available spectrum, let’s try to get a rough idea with this set of data. The market-leader Bharti Airtel – which is among the operators facing a spectrum crunch in the Delhi — has 36 MHz of spectrum for this circle in the 900 Mhz, 1,800 MHz and the 2,100 MHz bands and serves 10.8 million subscribers. Similarly, Reliance Communications has 28 MHz of spectrum in Delhi in 800 MHz, 1,800 MHz and 2,100 MHz bands and serves 8.2 million subscribers, as per official data.

The reason stated above is why the government is holding the spectrum auction, as also because the 20-year spectrum licence, which is given at each instance, is expiring in December 2015 for some operators. So how does the auction happen? Like in any other trade, bids have to be made and the highest bidder takes the block. In India, for the past five years, the telecom spectrum auction is electronic – that is, it is online and takes place between 9:00 am and 7:30 pm every day in this tranche that commenced on March 4.

For the current round of auctions, the government has also fixed what is called a reserve price per block (or per MHz). This is the minimum amount from which bidding started. But within this broad parameter, some other norms have also been fixed, like the minimum and maximum blocks for which each player can bid.

How much money does the government propose to make? The reserve price gives a rough idea of how much the government perceives the spectrum to be worth for telecom operators to extend their services at a fair cost to customers.

Based on this reserve price alone, the government can potentially collect a minimum of Rs.80,000 crore, if all the spectrum on offer was taken. At present, when the auctions are underway, the collective amount bid so far is around Rs.100,000 crore, with many blocks still available for grabs. The government has budgeted for Rs.43,160 crore under receipts from communications services during the current fiscal as per the revised estimates, the bulk of it from spectrum sale.