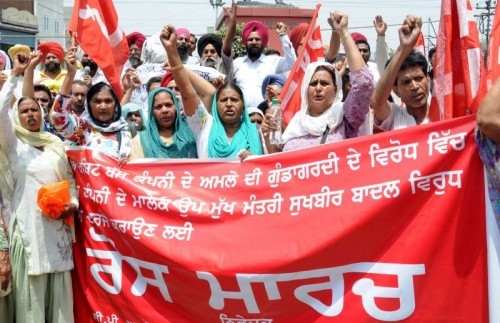 Seven years after the deed was done, the new Communist Party of India-Marxist general secretary, Sitaram Yechury, has confessed that his party made a mistake by withdrawing support from the Manmohan Singh government on the India-US nuclear deal in 2008.

It was in that very year, however, that the prescient Nobel laureate, Amartya Sen, had noted the “mistake”. He had said in an interview: “I wouldn’t have regarded this (n-deal) to be as important as it has been made out to be. I wouldn’t have thought it is a life-and-death issue.”

Sen also said that the Left overestimated America. “They believe that the US is really powerful and they have to be in awe of them (Americans). So I am not sure that it was such an intelligent policy. Now they will have to concentrate on being anti-Congress.”

This emphasis on being anti-Congress continues in the CPI-M under the new dispensation, but with the caveat that the party may act in tandem with the Congress inside parliament but not outside. This is the slight difference which Yechury has made from his predecessor Prakash Karat’s unyielding anti-Congress line.

But the point is not so much the marginal changes which Yechury may introduce in the party’s domestic policy as its assessment of the US.

Is the CPI-M still “in awe” of the Great Satan, as Iran once used to call the US, or have the Marxists undertaken a more realistic appraisal of their policies?

Does the “mistake” of 2008 relate more to their attitude towards their “class enemy” at home, the Congress, or towards their foremost ideological adversary, the US?

Arguably, the Left’s perception of America as “really powerful” stemmed from the Cold War days when the US was seemingly ahead of the (now defunct) Soviet Union in military and economic prowess, a superiority which led to the capitulation of the “socialist paradise” before its capitalist enemy.

However, the fact that the Cold War perspective still guides the Indian comrades is evident from Yechury’s observation that although the withdrawal of support from the Manmohan Singh government was wrong, the CPI-M was right in opposing the nuclear deal since it could not remain silent as India became a “subordinate strategic ally of US “imperialism”.

His admission, however, that after the withdrawal of support, the Left had failed to mobilize the people on the nuclear issue provides the main reason for the decline of the communists. What the inability to whip up anti-American feelings shows is the gap which had developed between the “amar nam, tomar nam, Vietnam, Vietnam” days of the 1970s and the present times.

It is the failure of the comrades to realize how the world has changed since the fall of the Berlin Wall, and the disillusionment of a large section of the people, especially the young, about their creed, which is behind their present plight when they are among the weakest political forces in the country.

The Left’s vote share in parliament in 2014 was 4.5 percent against seven percent in 2009. There has also been a drop in the number of seats for the Left comprising the CPI-M, CPI, RSP and Forward Bloc from 24 to 10.

But it isn’t only the events of 1989 in Europe which have robbed the communists of their earlier appeal. An equally significant role was played by their long stints in power in Kerala and especially in West Bengal, which showed that they were no different from their “bourgeois” counterparts in matters of corruption and self-serving, high-handed politics.

Once their feet of clay were exposed, it became extremely difficult for the commissars to pretend that they were harbingers of a new beginning. As a result, it has been downhill for the Left and the pace has accelerated after the loss of West Bengal, which they held on for three decades largely because of Jyoti Basu’s personal popularity.

What has undermined the Left’s influence even more than the collapse of the Soviet Union and the adoption of “market socialism” by China is the opening up of the Indian economy in 1991.

The resultant increase in middle class households has hit the Left the most because of the former’s consumerism – a sin in Marxist eyes – as is evident from the doubling of their purchase of cars, air-conditioners, colour television sets, refrigerators, laptops and credit cards over the last seven years while the ownership of mobiles has gone up from seven percent in 2004-05 to nearly 80 percent.

Not surprisingly, Prakash Karat ascribed the CPI-M’s poor performance in 2009 to disconnect between the Left and sections of the middle class. Moreover, the disconnect was most pronounced in the case of the “young who have benefited post-reforms in terms of better opportunities, jobs, income”.

If only one could return to the pre-reforms period of lesser opportunities, then the Left might have been on a surer footing.

Unfortunately for the comrades, the present trend is towards more, and not less, reforms with the Narendra Modi government pursuing the path of “neo-liberal” policies. The future for the Left, therefore, will continue to be bleak.