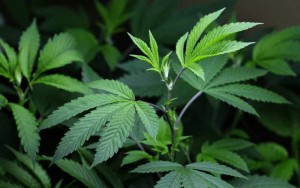 The rate of marijuana exposure among children aged five years and younger rose 147.5 percent from 2006 through 2013 across the US and the rate increased almost 610 percent during the same period in states that legalised marijuana for medical use before 2000, says a study.

The results suggest that while considering legalisation of marijuana, apart from crime rates and economic benefits, the risk to young children of swallowing, breathing in or otherwise being exposed to marijuana also needs to be considered.

“Any state considering marijuana legalisation needs to include child protection in its laws from the very beginning,” said senior author Gary Smith, director of the Center for Injury Research and Policy at Nationwide Children’s Hospital, Ohio.

In states that legalised marijuana from 2000 through 2013, the rate increased almost 16 percent per year after legalisation.

More than 75 percent of the children who were exposed to marijuana were younger than three years of age.

Most exposures resulted in only minor clinical effects, but some children experienced coma, decreased breathing, or seizures.

“The high percentage of ingestions may be related to the popularity of marijuana brownies, cookies and other foods,” co-author Henry Spiller, director of the Central Ohio Poison Center at Nationwide Children’s Hospital said.

The study was detailed in the journal Clinical Pediatrics.