A feeling of estrangement from school and a belief in traditional gender roles that men should lead women are two possible major causes behind the worldwide trend of boys falling behind at school, says a study….reports Asian Lite News. 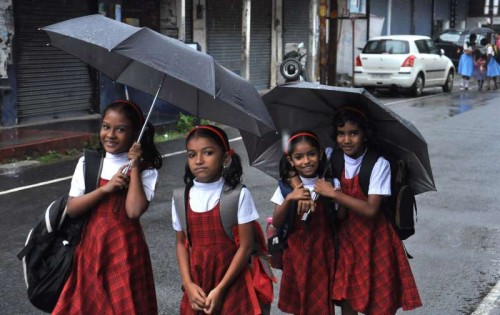 The researchers noted that according to a recent OECD (Organisation for Economic Co-operation and Development) report, 15-year-old boys are more likely than girls of the same age to be low achievers.

“We saw a strong tendency for failing boys to be alienated from school; feeling distant and thinking it is not useful,” said lead researcher Andreas Hadjar, professor at the University of Luxembourg.

“There was also a clear link with under-performance and boys having traditional opinions about their gender role, that is, that men should lead women.”

Boys with these traits tended to be more disruptive in class and hence underperformed, scoring about eight per cent less in their year mark than the average male pupil, the study showed.

As many girls as boys expressed their alienation from school, but these attitudes were shown to have a more negative effect on boys.

The study showed having traditional views of male/female roles are more prevalent among boys than girls.

Other factors such as peer group attitudes and socio-economic background also hinder school performance as they influence school alienation and gender role orientations and, thus, educational performance, the researchers said.

For the study, published in the journal Masculinities and Social Change, questionnaires, group discussions and video observation of lessons were used to analyse the behaviour of 872 children, mostly aged 13-14 years, going to school in Berne, Switzerland.

The researchers also identified a potential solution as by observing behaviour in class, the researchers saw that underachieving boys responded best to authoritative teaching styles that feature a structured and caring but controlling approach.

This is not to be confused with overly strict, authoritarian methods as they found that inappropriate teaching styles can cause and reinforce feelings of estrangement from school.