Pope Francis approved a proposal to create a tribunal within the Vatican for bishops who cover up alleged paedophile priests, as part of his reform of the city-state’s Curia or governing body…. reports Asian Lite News. 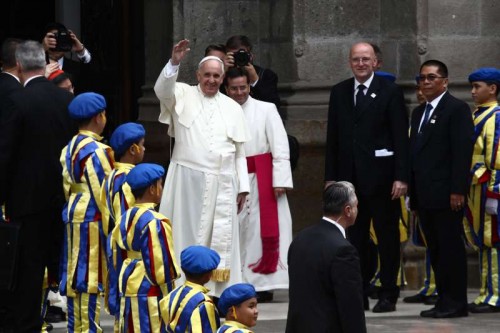 The new tribunal will be part of the Congregation for the Doctrine of the Faith, the Vatican’s doctrinal watchdog, which already has the power to judge priests accused of abusing minors.

The remit of the newly-formed body will cover bishops, judging them “with regard to crimes of the abuse of office when connected to the abuse of minors,” the Vatican said.

The tribunal was recommended by a 17-member commission set up by Francis to crack down on sexually abusive clergy, more than a decade after the scandal first emerged in the US, sullying the image of the Catholic Church.

Sex abuse victims said they feared the move was just the latest in a series of administrative reforms undertaken by the Vatican to stonewall secular authorities, leading to very few prosecutions.

Despite his virtually unlimited power, Francis has yet to sack any bishops for complicity in child sex abuse, nor has he demoted, disciplined or denounced any complicit church official, according to victims.