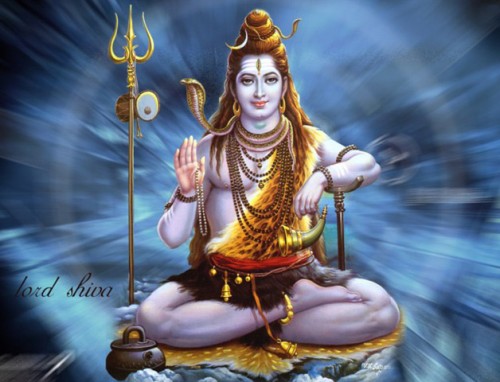 Don’t make noise! The deities have returned to the heaven and are in deep meditation.

Residents of 10 hamlets located on the outskirts of this picturesque tourist resort, some 250 km from the state capital, don’t allow anyone to make noise — in this time of the year. They themselves have stopped listening to music, watching television and doing even household chores that make noise. They believe this will disturb the mediating deities.

If that happens, they will face divine wrath.

Every year, any activity that creates noise in Goshal and nine other villages on the outskirts of Manali in Kullu district – with a population not more than 10,000 – comes to a halt for 42 days from Makar Sankranti (Jan 14).

“All the deities have returned to the heaven. They are meditating. Any activity that makes noise will not be allowed till they return from their 42-day sojourn,” temple priest Hari Singh said.

He said their disturbance would bring bad luck, for the people and livestock.

The temple of Gautam Rishi, Ved Vyas Rishi and Kanchan Nag, a serpent deity, is located in Goshal village, four kilometres from upper Manali. It is closed to the public every year during Makar Sankranti.

Legend has it that Rishi Gautam, the chief deity, had meditated where the temple is now located.

The temple will be reopened when the deities return from their 42-day sojourn. During this period, no religious ceremony is performed in the temple.

As per tradition, the locals start their routine activities only when the deities are back.

Even tourists are told to be silent now.

His wife Kamlesh Kumari said even the use of farm implements for tiling fields and cutting fodder has been suspended.

According to legend, the temple is closed after spreading mud inside.

It is believed that when the temple is reopened after 42 days and when a flower surfaces on the mud, it symbolizes happiness for the villagers.

If charcoal appears, it indicates that the village is in store for some fire-related tragedy. Grain indicates good harvest.

“This is the period for socialising but not merrymaking,” said octogenarian Sushila Kumari of Kothi village, 13 km from Manali. “We sit together and stitch clothes and knit woollens.”

The other villages where this tradition is followed include Shanag, Solang, which is known for ski slopes, Burua, Majhach and Palchan.

The picturesque Kullu Valley is famous for demigods and ancient shamanistic traditions that govern the lives of the ethnic communities. They are the 534 gods and goddesses of the Kullu Valley who are said to be “alive”, says a book.

According to a book released by Chief Minister Virbhadra Singh last year, the gods “live” with the people. They have families and relatives who join them in celebrations.

“We have tried to compile a list of all gods and goddesses worshipped in the Kullu Valley and their locations,” Kullu Deputy Commissioner Rakesh Kanwar said.