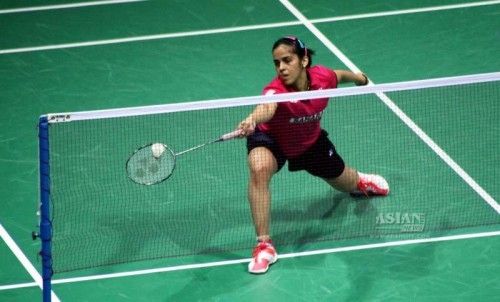 After reaching a career-high of World No.1 in women’s singles, Saina Nehwal dropped to No.2 in the revised Badminton World Federation (BWF) rankings on Thursday as reigning Olympic champion Li Xuerui re-took the top spot.

The Hyderabadi had become the first Indian woman to reach No.1 last Thursday after finishing runner-up to reigning World Champion Carolina Marin at All England and winning the India Open in March. She skipped the ongoing Singapore Open to give herself a break.

Meanwhile, P.V. Sindhu, who is out with an injury for some time, is still ranked No.9.

In men’s singles, Kidambi Srikanth is still at No.4 followed by compatriot H.S. Prannoy at No.14. Commonwealth Games champion Parupalli Kashyap rose two places to No.15.

The 2010 Commonwealth Games gold medallists Jwala Gutta and Ashwini Ponnappa also rose a place to be ranked No.18 in women’s doubles.

There are no Indians in the top-25 of men’s and mixed doubles rankings.