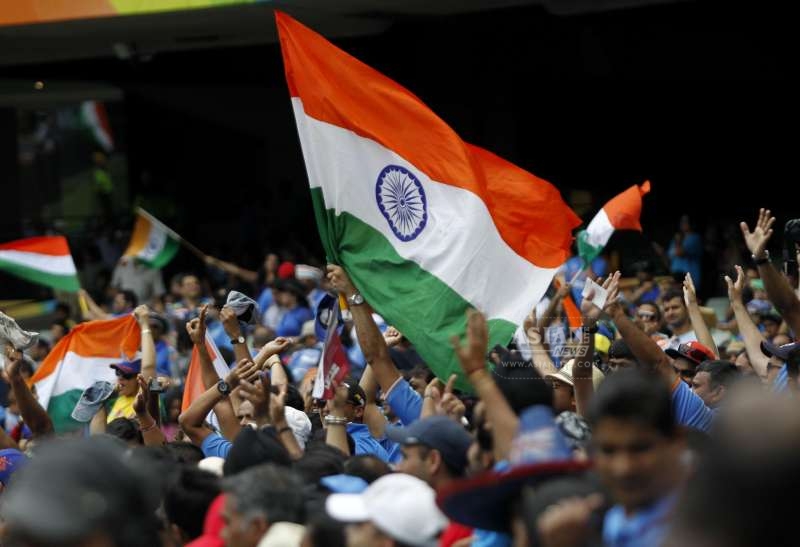 After seeing the pitches resembling cart-tracks for the India-South Africa Test series, the International Cricket Council (ICC) may seriously consider doing away with the toss and giving the visiting teams the option of batting first in the sub-continent.

Likewise, the sub-continent teams playing on the bouncy pitches in England, Australia and South Africa and seaming ones in New Zealand should get the option of bowling first, but barring Pakistan, do the others have quality fast bowlers to make use of the greens? If India decides to field first in these countries, unless determined by the overhead conditions, is seen as a defensive ploy.

The other alternative is to punish the countries which prepare mud tracks or deliberately leave tufts of grass on pitches for Test match cricket. Or, the ICC should take over the preparation of Test pitches like it does for other tournaments it conducts. The least the apex body could do is to deduct points for winning on poor pitches or add points to the visiting sides for braving to play on such unacceptable tracks.

The four-Test series India won on Friday 2-0, with one to go in Delhi, has clearly shown that either side could bat well against spin and the Indians also had problems with Morne Morkel’s reverse swing.

Both the Tests were over in under three days and the only time the match looked like prolonging was when skipper Hashim Amla and Faf du Plessis resolutely defended in the fourth innings at Jamtha.

Though India captain Virat Kohli continues to defend the pitches, saying it is the technical ineptitude of the batsmen that made the bowlers a terror, it would also be interesting to see whether the South Africans will complain in their report on the pitches at Mohali, Bengaluru, Jamtha in Nagpur and the one for the fourth and final Test in Delhi, where even in normal conditions the authorities do not promise a decent track.

The England and Wales Cricket Board (ECB) is considering a rider in abolishing the toss in the country championship – of allowing the visiting side to bowl first and the coin will be flicked if they decline.

The very fact that one ICC member unit is thinking of the measure to discourage hosts from preparing tracks to suit their strengths shows how serious is the issue has become in recent years.

What India should be worried is the future of its cricket. Looking at some of the pitches provided for the Ranji Trophy matches, the Indian board, too, should consider a move similar to that of ECB to punish the erring state associations who either roll out what the Mumbaites call ‘pata’ pitches for their sides to raise scores upwards of 500 or just peg stumps anywhere out in the middle where the pitch cannot be differentiated from the outfield or on a parched barren area for bowlers to run through the sides.

When the board itself is acquiescing with the national team in doctoring pitches, how will it punish its affiliates for the using the same yardstick to win matches in domestic cricket?

What India should be worried is not about winning Test matches at any cost, it should be seriously look at the damage it is causing to players at all levels. Unless the balance between ball and bat is restored, Indian cricket will be the worst sufferer.

For instance, India’s star all-round performer in the ongoing series against South Africa, Ravindra Jadeja, was brought back into the Test side on the strength of his exploits on dubious pitches back home in Saurashtra where, in three matches, he took 37 wickets – with six successive fifers – and struck two 50s.

The selectors did not bat an eyelid in bringing him back, apparently knowing the kind of pitches he was going to bowl and bat on. The question is: Will he remain in the side for series overseas after being branded “great” on fudged pitches? He may, as bits-and-pieces player, mostly for his excellence as a fielder.

Jacques Kallis, the South African all-rounder par excellence, is right. This India team is good enough to win on better pitches without introducing an element of risk and chance.

Look at the quality of India’s top-six batsmen and spinners. They are as good as any in international cricket. What an insult to the tribe of fast bowlers – in this instance Umesh Yadav and Varun Aaron – to be told that their 140 kmph plus speed is not good enough for a Test! And the only pacer in the XI, Ishant Sharma, is there only to scuff the new ball and create footmarks for spinners to exploit. The tragedy is that genuine spinners like Ravichandran Ashwin and Amit Mishra are also getting maligned, with the latter mostly disused.

Coming to the Ranji Trophy, two matches were over in two days, including what is supposed to be a Group A game between Bengal and Odisha. Losers Odisha have complained about the pitch on which they were shot out for 37.

If pulled up, the associations will point fingers at others who won matches the same way. For all his brave talk, board president Shashank Manohar has a lot to worry about on the future of Indian cricket.