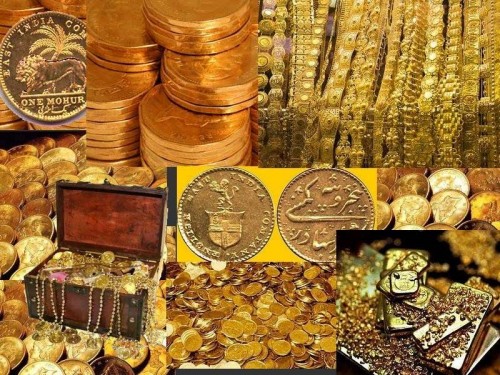 As much as 266 kg gold is missing from the famed Sree Padmanabhaswamy temple here, says former chief government auditor Vinod Rai in his audit report submitted to the apex court.

The highlight of the report that has been obtained by media reveals that out of the 893 kg gold that was given out for various works, only 627 kg has been returned to the temple.

Rai was asked by the Supreme Court last year to conduct an audit of the temple’s books and accounts.

An division bench of Justice R.M. Lodha and Justice A.K. Patnaik last April in its interim order asked former comptroller and auditor general (CAG) Rai to undertake the audit of the temple accounts and properties for the past quarter of a century.

This directive came on the recommendations of amicus curiae Gopal Subramaniam, who had sought overhauling of the functioning of the temple.

Apart from asking Rai to audit the accounts of the temple, the apex court also directed the formation of a new five-member committee comprising of a judge from the capital city, the temple tantri, chief nambi of the Sri Padmanabhaswamy temple and two more members, of which one will be appointed in consultation with the state government and one would be the choice of the judge.

It was in July 2011 that an apex court committee stumbled upon six vaults in the temple and with just vault B left to be opened, the treasure that has been found in the other five vaults have been estimated to be valued more than Rs.100,000 crore.

Since then, armed security guards besides state of the art security equipment has been deployed for the safe upkeep of this treasure.

Reacting to the new developments, Communist Party of India-Marxist legislator V.Sivankutty said that a few years back all hell broke loose when V.S.Achuthanandan said that things are not going in the way it should go in the temple as far as the priceless treasures upkeep are concerned and blamed the Travancore royal family.

“Look, what Rai has come out in his report. There are some views from some quarters that the issues of this temple should be hushed up. Now with this report, responsibilities should be fixed and those people who have caused this should be brought to light,” he said.

The erstwhile Travancore Royal Family with its headquarters in the capital city is however yet to react on Rai’s report.