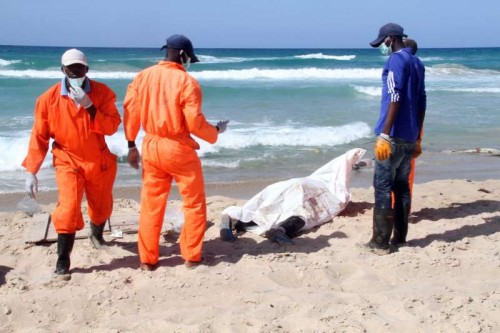 Nearly 700 migrants are believed to have drowned when a packed boat capsized in international waters south of Italy’s Sicily island , media reports said.

A Portuguese merchant ship, transiting through the area, some 110 km off Libya, was asked to rush to the spot. It managed to recover 28 survivors after the Italian coast guard received an alert, ANSA news agency reported.

The incident happened on Saturday night and till Sunday afternoon only 28 migrants had been rescued, according to Xinhua.

The migrants were believed to have moved to one side of the boat, over-balancing it when a merchant ship approached.

“It might be one of the biggest tragedies to have happened in the Mediterranean,” Carlotta Sami, spokesperson of the UN High Commissioner for Refugees (UNHCR), told Rai State television.

At least 218,000 migrants tried to cross the Mediterranean Sea last year to enter the European Union from its southern borders. Some 3,500 of them lost their lives in the attempt, the UNHCR said in a recent statement, adding that the trend is “expected to continue”.