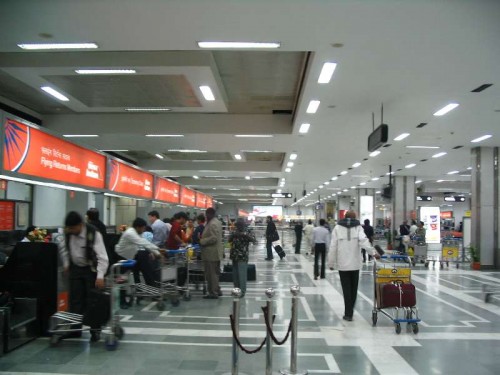 The Central Industrial Security Force (CISF), which looks after the airport’s internal security, has been asked to be on alert and keep a tab on the activities of every person.

Besides, Delhi Police, which is in charge of security outside the airport, was also put on alert.

“Security has been extended and policemen have been increased,” Deputy Commissioner of Police (IGI) M.I. Haider said.

“Flights going to Afghanistan are being monitored carefully,” he said.

Air India spokesperson G.P. Rao said that their control room in Kolkata Saturday received a call from an unknown person who said the Kolkata-Kabul flight will be hijacked but it later turned out to be a hoax.

“We have not received any official input from intelligence agencies about a threat on Delhi-Kabul flights. But checks are on,” Rao said.

In 1999, Indian Airlines flight IC 814 was hijacked by terrorists who took it to Kandahar in Afghanistan and demanded the release of three terrorists from Indian prisons in return for the passengers.