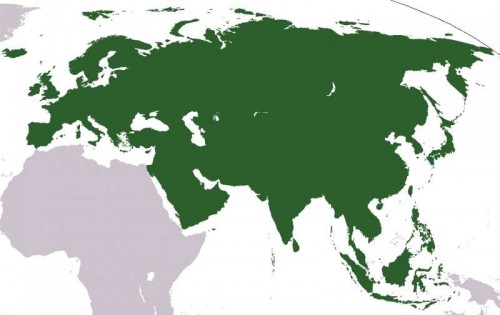 For years, scientists have struggled to explain how India could have drifted northward so quickly. Now, geologists at the Massachusetts Institute of Technology (MIT) have unearthed India’s rapid move toward Eurasia 80 million years ago that later gave rise to the Himalayas.

According to them, India was pulled northward by the combination of two subduction zones — regions in the Earth’s mantle where the edge of one tectonic plate sinks under another plate.

The team found relics of what may have been two subduction zones by sampling and dating rocks from the Himalayan region.

They then developed a model for a double subduction system, and determined that India’s ancient drift velocity could have depended on two factors within the system – the width of the subducting plates and the distance between them.

If the plates are relatively narrow and far apart, they would likely cause India to drift at a faster rate.

The group incorporated the measurements they obtained from the Himalayas into their new model and found that a double subduction system may indeed have driven India to drift at high speed toward Eurasia some 80 million years ago.

“In the Earth science, it is hard to be completely sure of anything. But there are so many pieces of evidence that all fit together here that we are pretty convinced,” said Leigh Royden, professor of geology and geophysics in MIT’s department of earth, atmospheric and planetary sciences.

In the history of continental drift, India has been a mysterious record-holder.

More than 140 million years ago, India was part of an immense supercontinent called Gondwana, which covered much of the southern Hemisphere.

“When you look at simulations of Gondwana breaking up, the plates kind of start to move, and then India comes slowly off of Antarctica, and suddenly it just zooms across – it is very dramatic,” Royden explained.

Around 120 million years ago, what is now India broke off and started slowly migrating north at about five centimetres per year.

Then, about 80 million years ago, the continent suddenly sped up, racing north at about 15 centimetres per year — about twice as fast as the fastest modern tectonic drift.

The continent collided with Eurasia about 50 million years ago, giving rise to the Himalayas.

After collecting samples from the Himalayas, the team developed a model of double subduction involving a northern and a southern plate.

They calculated how the plates would move as each subducted, or sank into the Earth’s mantle.

Based on the dimensions of the plates, the researchers calculated that India would have sped up from 50 to 150 millimetres per year.

“This is the first evidence that double subduction acted as the continent’s driving force,” the authors noted.

The results were detailed in the journal Nature Geoscience.