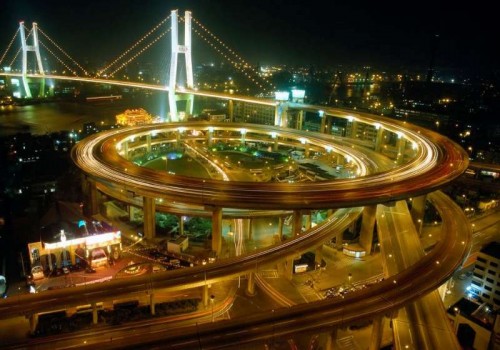 The UN has now raised its projections for the Indian economy’s growth this year by 1.7 percent to 7.6 percent and by 1.4 percent to 7.7 percent next year from the estimates it made in January.

The Mid-Year Update to the World Economic Situation and Prospects 2015 released Tuesday puts India on the trajectory to be the world’s fastest-growing large economy, outpacing China, the previous champion in the development stakes.

The original report by the UN Development Policy and Analysis Division (UNDESA) released in January had estimated India’s gross domestic product (GDP) growth rate for this year at 5.9 percent and 6.3 next year. They were behind China’s growth rate projection at 7 percent for this year and 6.8 next year in the January report, which remain unchanged.

The UN update matches the projections of other international institutions that have put India’s growth rate as the fastest, and all of whom have also revised estimates for India upward.

Last week, the UN Economic and Social Commission for Asia and the Pacific (ESCAP) released a report that said Indian economy would grow by 8.1 percent this year and 8.2 next year, which are the highest projections made by international institutions.

Ingo Pitterle, a UNDESA Economic Affairs Officer and India expert, said in an interview, that with “a return to a high degree of macro-economic stability,” India is winning the confidence of investors and the international community.

“Overall, I think the authorities in India have done a very good job over the past two years and this is actually reflected in some indicators,” Pitterle said. “In 2013 India was group grouped together with Turkey, South Africa, Indonesia and Brazil, and considered a fragile economy.

“And now you look at the same variables, today they look very different. When you look at the currencies the story is India’s is the only currency that has held up well here, which is a sign of confidence by investors, by the international community, in the Indian economy.”

While the rupee has come down by about 9 percent over the past year, it has done better than the currencies of most other countries.

Referring to India’s economic policies, Pitterle said: “The changes that are being made are all going in the right direction, both by the government and by the central bank.”

“I have been following the Indian economy now for seven years or so,(and) I see a return to a high degree of macro-economic stability,” he said. “We have seen that inflation came down, and this not only all related to the oil prices but also to a very prudent monetary policy, and we are seeing that the external imbalances have declined, current account balance is much better.”

Asked about the differences in the UNDESA projections for India’s growth and ESCAP’s Pitterle said, “I believe that for India’s economy whether it grows by 8.1 percent or 7.6 percent, that doesn’t matter, not in the medium term or the long run. What is important is that it is balanced growth, that it is the same (level of) growth, that it can really have five-ten years of this high growth period without major disruption without causing excessive inflation or other imbalances.”

He attributed variations to the time periods and the models that were used to make the forecasts. “We use the calendar year. ESCAP may actually use the fiscal year, which starts on the first of April for India.”

In the forecasting model DESA used, a significant part of the growth in India over the past year came from net exports mainly because, not because export grew strongly but because of imports declined, he said. The assumption was that net export decline – – that is the difference between the value of imports and exports – – would not continue with the same force, and eventually imports would pick up. “This is a good thing actually for the economy,” he said. But “from a GDP perspective, higher import would lead to lower net export and that would probably translate into slightly lower growth.”